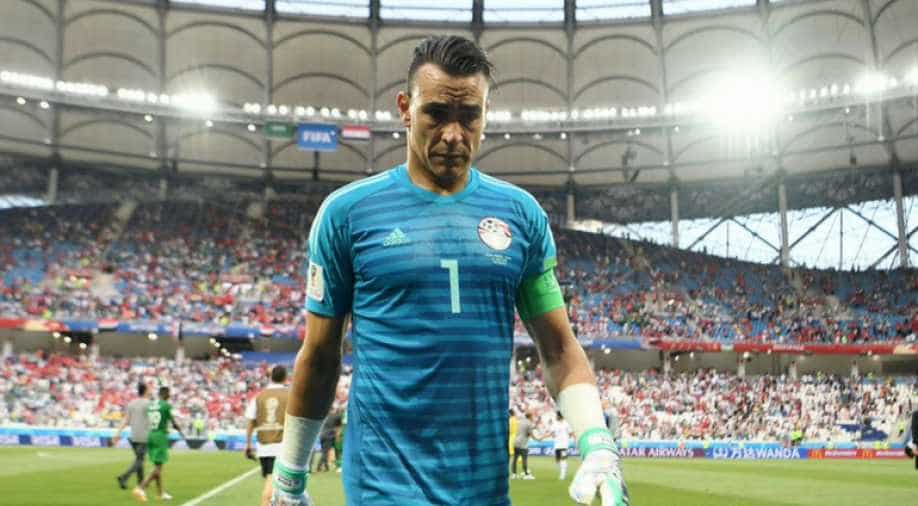 Veteran Egyptian goalkeeper Essam El Hadary has retired from international duty aged 45, after breaking the record for oldest player to appear at a World Cup in Russia.

"After reflecting at length and asking God, I have decided to retire from international football," El Hadary wrote on Facebook late Monday.

El Hadary, nicknamed "High Dam", won 159 caps for his country during a 22-year international career that saw him win the Africa Cup of Nations four times.

At the age of 45 years and 161 days, El Hadary smashed Colombian stopper Faryd Mondragon's record for oldest player at a World Cup when he took to the field against Saudi Arabia in Volgograd this summer.

He wrote that he was "very proud" to have finally "realised the most important, biggest, dearest dream of playing at the World Cup".

The joy of appearing at Egypt's first World Cup since 1990 was tempered by the team's poor showing, as the Pharaohs led by Liverpool star Mohamed Salah crashed out winless.

El Hadary did, however, manage to pull off an impressive penalty save in the final game with the Saudis against a player nearly half his age.

Talisman Salah hailed El Hadary as a "legend" after his international retirement was announced.

"A new legend from the golden generation is leaving us," Salah wrote on Twitter Tuesday, wishing El Hadary "all the best" for the future.

Despite dropping out of the national setup, El Hadary is still playing for Egyptian top flight team Ismaily.

He signed for the club back in his homeland in July after leaving Saudi side Al Taawun.