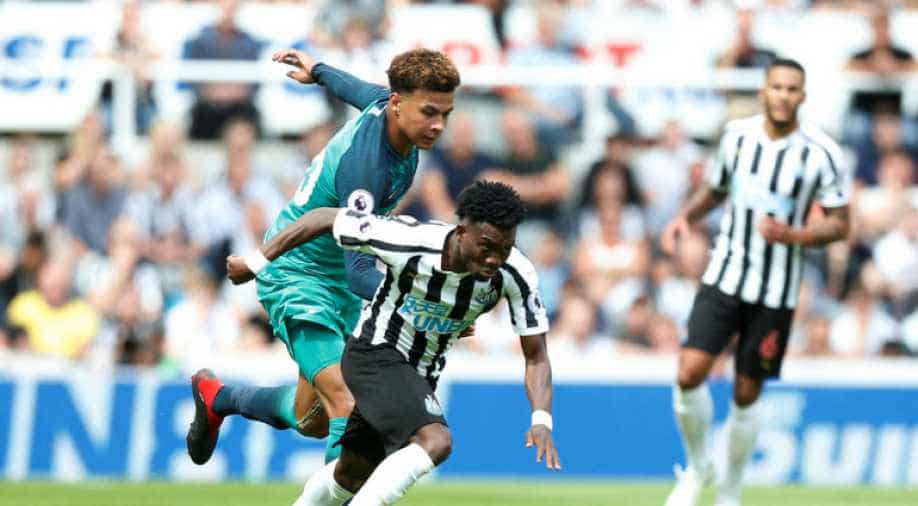 Jan Vertonghen scored in the eighth minute to give an early lead to the team but the score was equalised by Joselu just after three minutes.

Dele Alli's 18th-minute header was on target that sealed three points for the Spurs in an electrifying 10 minutes of play which produced three goals in the first half.

All eyes were on Spurs' manager Mauricio Pochettino after the lack of activity in the transfer window as Tottenham were the only top-flight side not to make a signing since the end of last season.

They became he first club in the Premier League era not to make a single signing since the introduction of the pre-season transfer window.

After winning the game, Pochettino said, "Under the circumstances, it was good to start the season in this way. The players showed great character and commitment, the mentality was amazing."

Despite the victory, there was another August blank for Harry Kane, who started even though the England striker had only returned to training on Monday following his notable World Cup exploits.

The World Cup Golden Boot winner has now gone 14 games spanning 988 minutes without scoring in the opening month of the campaign, though on this occasion, it mattered little.

Both goalkeepers, Martin Dubravka and Hugo Lloris made a string of impressive saves and the goalless second half ensured that this Premier League is going to be highly competitive.

Newcastle's Venezuelan forward Salomon Rondon nearly enjoyed a dream debut after coming off the substitutes bench but his late effort was deflected on to the crossbar after a desperate block from Vertonghen.