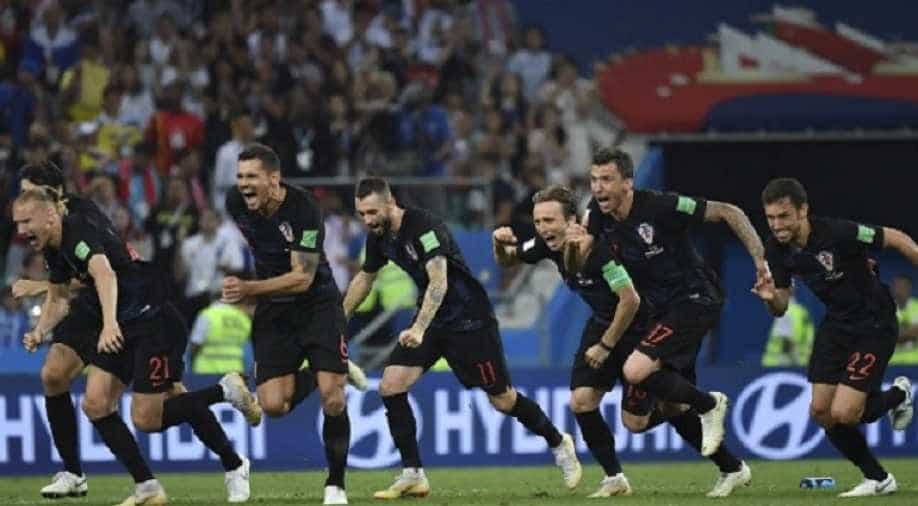 From a dull start to a magnificent ending, Croatia routed Russia 4-3 in penalties to advance to the semi-finals of the 21st FIFA World Cup.

The teams were level at 2-2 following extra time in their World Cup quarter-final on Saturday.

Goalkeeper Danijel Subasic became the star of the game as he continued to play the game despite having an injury. His performance crushed Russia's hope of making it to the semi-finals.

Croatia defender Domagoj Vida put them 2-1 ahead from a Luka Modric corner in the first period of extra time but Mario Fernandes headed an equaliser with five minutes remaining to get Russia back in the game.

Denis Cheryshev's goal from the edge of the box had opened the scoring for Russia in the 31st minute of normal time but an unmarked Andrej Kramaric headed in a cross from Mario Mandzukic eight minutes later to restore parity.

Croatia will play England, who earlier beat Sweden 2-0 in Samara, at the Luzhniki Stadium in Moscow.

Exclusive: 'Was devastated to hear about Wimbledon cancellation' - Rohan Bopanna opens up on fate of tennis season, relief package for players and more