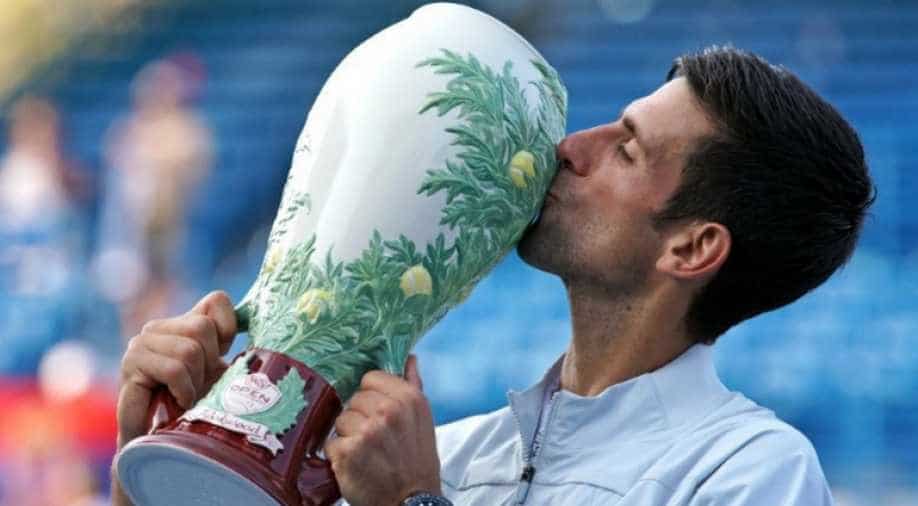 The Serbian got the better of the players’ first meeting in nearly two years and triumphed in a tournament that Federer has won seven times, never losing a final.

Djokovic is the first to claim all nine ATP Masters 1000 events since the series started in 1990. It had become his personal quest after he lost in Cincinnati finals on three previous occasions against Federer.

Having made five previous finals and lost to Federer in three of them, Djokovic finally broke the ice to continue his stunning revival after a long comeback from elbow surgery.

Djokovic has won his last three matches against Federer and now holds a 24-22 advantage in their long rivalry.

The world number 10 Serb is set to improve to sixth in the rankings and he will head to the US Open later this month highly favoured to win a third crown at Flushing Meadows.

Meeting Federer for the first in more than two years, Djokovic’s returning and dogged defence rattled the Swiss.

He broke Federer to lead 4-3, snapping his streak of 100 successive holds in Cincinnati.

Federer rallied early in the second set, breaking Djokovic to lead 2-0 but the Serb broke back and earned the decisive break for 4-3, curling a forehand pass down the line.

Djokovic put in a commanding performance to complete his Golden Masters haul in Ohio.