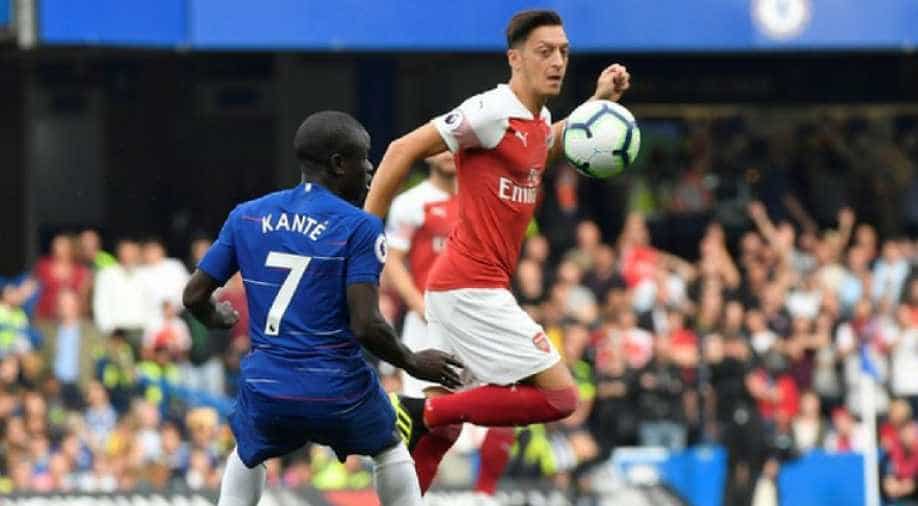 Chelsea&nbspbeat Arsenal 3-2 in a pulsating London Premier League derby on Saturday with defender Marcos Alonso scoring an 81st-minute winner after the Gunners had fought back from an early 2-0 deficit.

In a hectic first half,&nbspChelsea&nbspwent ahead in the ninth minute when Pedro buried a cross by Alonso. Out-of-form striker Alvaro Morata scored only his second league goal of 2018, fed by a through ball from Cesar Azpilicueta 11 minutes later.

Arsenal clawed their way back into the game in the 37th minute when Henrikh Mkhitaryan drilled in a low shot that Kepa Arrizabalaga -- the world's most expensive goalkeeper making his home debut -- could not keep out. Alex Iwobi made it 2-2 four minutes later as Arsenal exploitedChelsea's vulnerability on the flanks.

In a tighter second half, neither side could carve out as many chances but Alonso settled the game when Belgium winger Eden Hazard, on as a substitute, carved open the Arsenal defence for the Spanish defender to finish in&nbspChelsea&nbspmanager Maurizio Sarri's first home game in charge.