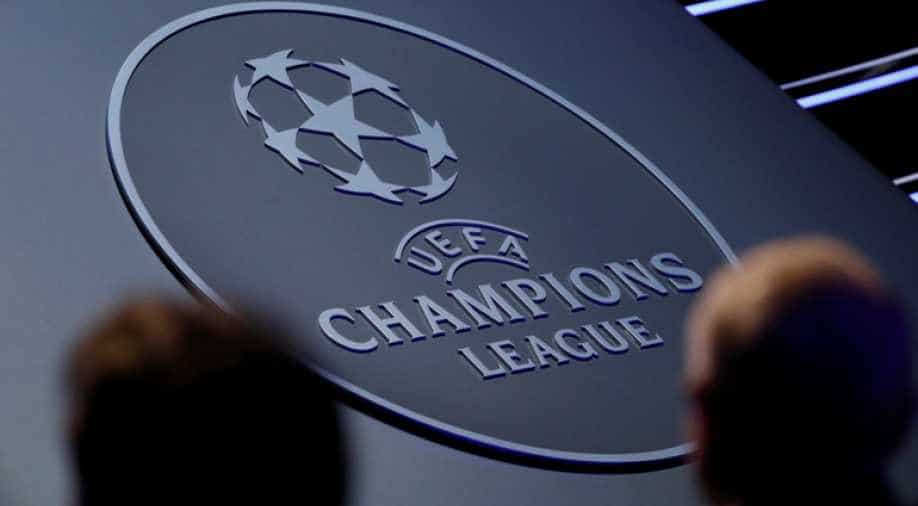 Reigning champions Real Madrid will face AS Roma, CSKA Moscow, Viktoria Plzen in the group stage of UEFA Champions League 2018-2019 season as they all have been drawn in the same group.

Old Trafford will welcome back their former star Cristiano Ronaldo as Juventus and Manchester United were drawn together in the same group that also includes Valencia and Young Boys.

Pep Guardiola-led Manchester City were drawn in Group F alongside Shakhtar Donetsk, Lyon and Hoffenheim in the pick of the groups following the draw for this season's Champions League.

Last season's runners-up Liverpool, Ligue 1 champions Paris St Germain and Serie A side Napoli were thrown together along with Red Star Belgrade.

Group B matches will be a treat to UCL fans as Barcelona and Tottenham Hotspur were drawn together, while Inter Milan will pose a serious threat to both the teams as Milan are back in the competition for the first time since 2011/12.

Five-time winners Bayern Munich have Benfica, Ajax and AEK Athens for a company in Group E.

Group D has Lokomotiv Moscow, Porto, Schalke and Galatasaray, while Atletico Madrid are in Group A alongside Borussia Dortmund, Monaco and Club Brugge.

The official result of the #UCLdraw! ?

First round of matches on September 18 and 19