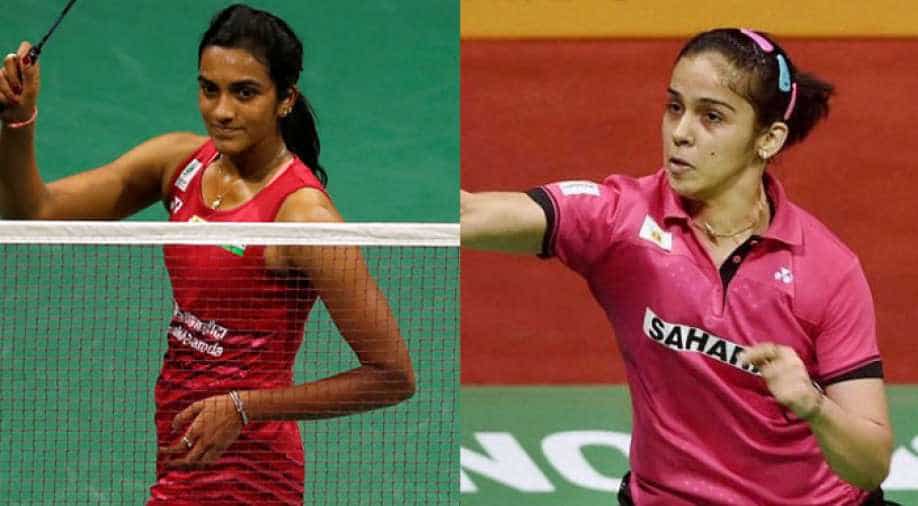 However, it was curtains for Kidambi Srikanth at the BWF Badminton World Championships in Nanjing on Thursday.

Saina downed 2013 champion Ratchanok Inthanon of Thailand 21-16 21-19 to set up a meeting with Olympic champion and two-time world champion, Carolina Marin of Spain.

Sindhu will next play eight seed Nozomi Okuhara of Japan, a rival against whom she lost in the summit clash of the tournament last year.

B Sai Praneeth also eased into the men's singles quarterfinals with a comfortable 21-13 21-11 win over Denmark's Hans-Kristian Solberg Vittinghus. He will next take on sixth seed Kento Momoto.

The Indian mixed doubles pair of Satwiksairaj Rankireddy and Ashwini Ponnappa also stood one step away from a medal after pulling off a stunning 20-22 21-14 21-6 victory over the Malaysian world no.7 combination of Goh Soon Huat and Shevon Jemie Lai.

However, fifth seed Srikanth's dream of winning a medal came crashing down after he was outwitted 18-21 18-21 by the experienced Malaysian Daren Liew in a 41-minute clash.