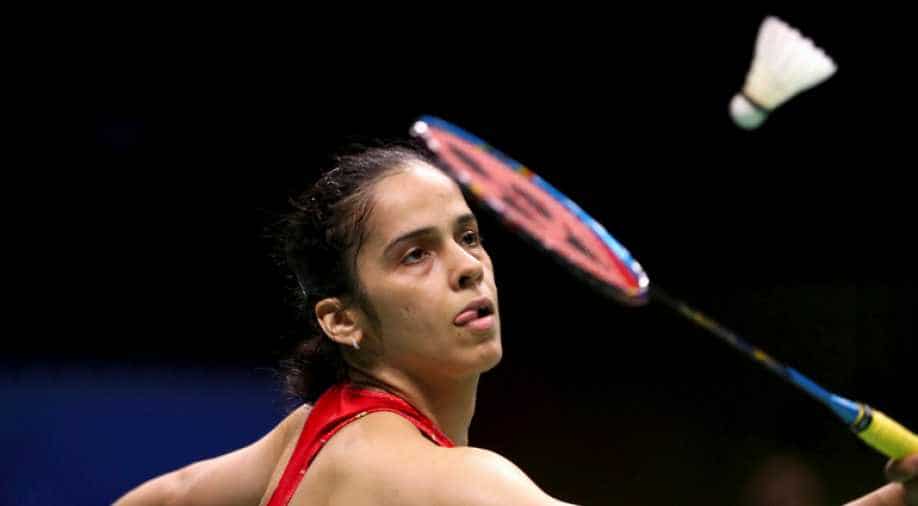 Saina Nehwal has crashed out in the quarter-finals of Badminton World Championships after losing 6-21, 11-21 against Olympic gold medalist Carolina Marin on July 3.

The Spaniard Carolina Marin will face He BingJiao in the semi-final on July 4.

Saina Nehwal had won a silver and a bronze at the 2015 and 2017 editions but was outplayed by the Marin in this year's tournament.

The tenth-seeded Saina looked out of touch and made unforced errors that helped superior seeded Marin to close the game in just 12 minutes.

Asked by AFP what she was hollering, Marin replied with a laugh: "I cannot tell you!

"It is just something I keep to myself. It was not a strategy against Saina, it is something I do against any opponent. I do it for myself.

"I learnt to do this some years ago, it was not something I did from the beginning of my career, that's impossible because I was too young.

"I had to learn many things in my career, and this is one thing I learnt."

Third-seeded PV Sindhu will face Nozomi Okuhara of Japan to book a berth in the semi-final.

On the other hand, B Sai Praneeth will take on sixth seed Kento Momoto.