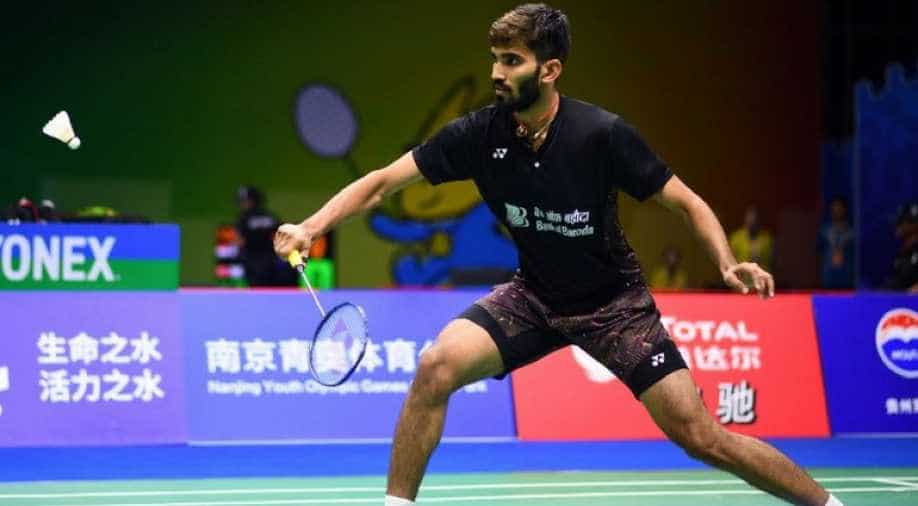 Indian star Kidambi Srikanth on Wednesday defeated Spain's Pablo Abian to enter the third round of the men's singles category at the Badminton World Championships.

The first game was a closely fought battle before Srikanth clinched four back-to-back points to reach game point at 20-13.

Although the Spaniard managed to reduce the deficit, it was not enough to prevent the Indian from taking the opening game.

Abian made a strong comeback in the second game. He went into the break with a narrow 11-10 lead and took the game away from Srikanth immediately after the restart with an incredible run of seven consecutive points.

The third and decisive game was also a neck-and-neck fight, but Srikanth managed to cinch the game.

In the next round, Srikanth will face another unseeded opponent American Daren Liew.

The American defeated Misha Zilberman of Israel 21-16, 21-16 in the second round.