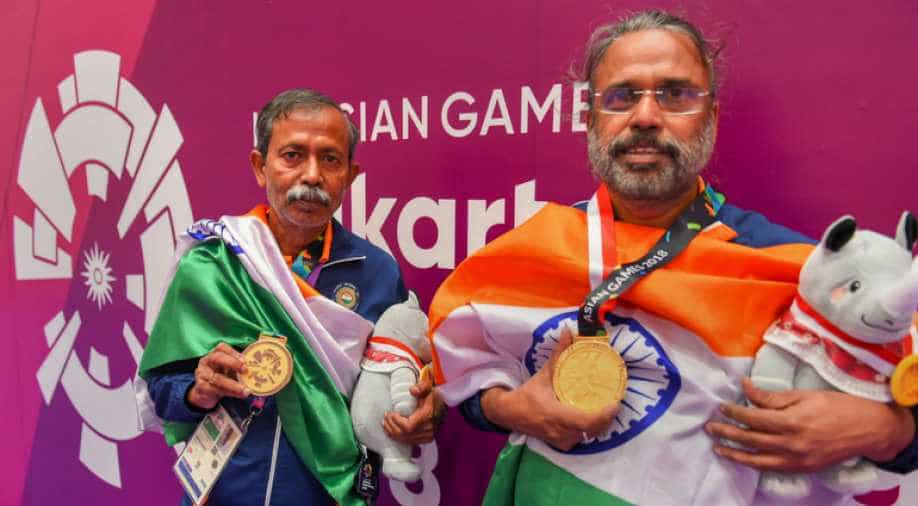 Pranab Bardhan, who won gold in men's pair event said that bridge is a logic-based&nbspmind game, just like chess but "more challenging".

"It's game based on logic. It's a mind game like chess but more challenging. In chess you play one on one. Here you are playing with your partner, with whom you can't speak during the match. You have to understand each other's move. You have to judge, what I am thinking with my cards," Bardhan, 60, said.

The 60-year-old Pranab and 56-year-old Shibhnath finished at the top of the podium in men's pair event after scoring 384 points in the finals.

"It's definitely not gambling. Everybody gets the same hand (first set of cards), so no luck is involved. It's up to you to respond to the situation," said Bardhan who has been playing with Sarkar as a team for the last 20 years.

"The set that you have in your hand, will not come to you with same combination again. You got to respect what you have. I always say you must love your cards, only then you can develop the game," he said.

Sarkar said it's a game of young and the perception that only the old people play is wrong.

We are very happy. This has been our biggest achievement yet. We won the gold medal on our debut at Asian Games: Shibhnath Sarkar on winning gold in Men's Pair Bridge event at #AsianGames2018 in Jakarta pic.twitter.com/hZd9Px2imp

"The Singapore team had young players. There are a lot of players who are in their 20s. It's also not a sport for the elite. In West Bengal, you have all kind of people playing the sport," said Sarkar.