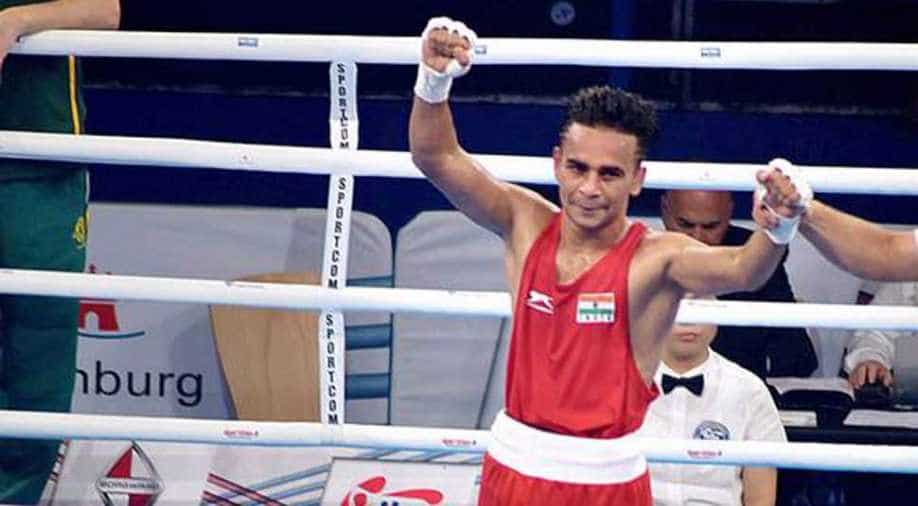 Indian boxer Amit Panghal (49kg) advanced to the semifinals to assure himself of a maiden medal at the Asian Games.

The Armyman, who is a Commonwealth Games silver-medallist, defeated South Korea's Kim Jang Ryong 5-0 with a thoroughly dominating performance to enter the last-four stage where he will take on Filipino Carlo Paalam.

In the boxing competition, semifinalists are entitled to bronze medals.

The 22-year-old from Haryana, making his debut at the Games, intimidated his 20-year-old opponent, using his right straights to good effect.

On the other hand, the Korean, despite being a southpaw and the taller of two, simply withdrew after a decent show in the opening three minutes.

Amit was brilliant with his footwork, moving around craftily to exhaust his rival, who looked unsure for most of the bout.

It has been a brilliant year for the Indian, who won back-to-back gold medals at the inaugural India Open and the prestigious Strandja Memorial Tournament in Bulgaria.

This was followed by a silver at the Gold Coast CWG in April.