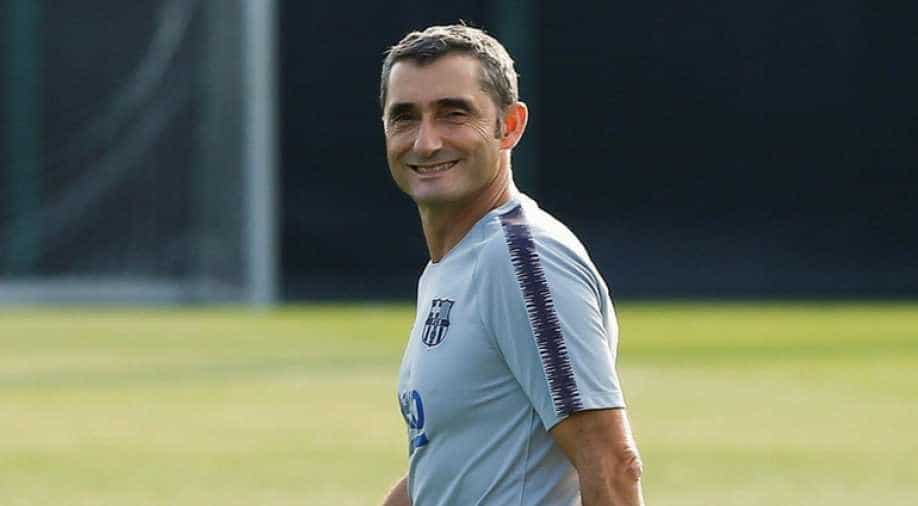 Barcelona Ernesto Valverde that he is concerned about the condition of the pitch at Jose Zorrilla stadium, where the Catalan club is set to face Real Valladolid.

Barca, who began their defense of the La Liga title on Aug. 18 with a 3-0 home win over Alaves, will be away to newly promoted Valladolid on Saturday.

"I won't deny it's on my mind. It's not normal to plant grass four days before playing a match," Valverde told a press conference.

"My experience tells me that, with no time, the grass will give way. It's not solid and people slip and fall. It's not the best for the game," he said.

Valverde also expressed concern about the dangers of playing against a newly promoted team full of "joy and enthusiasm" about reaching the top-flight.

He praised the defensive performance of Valladolid in their La Liga opener against Girona, holding the Catalan club scoreless at home.

Asked about the possibility Barcelona would sell midfielder Ivan Rakitic, said to be a target of Paris Saint-Germain, Valverde was categorical: "We're not here to do business with a player, but to win matches."

Describing the Croatian international as "fundamental" to the team, the coach added, "I count on him, I want him to say."