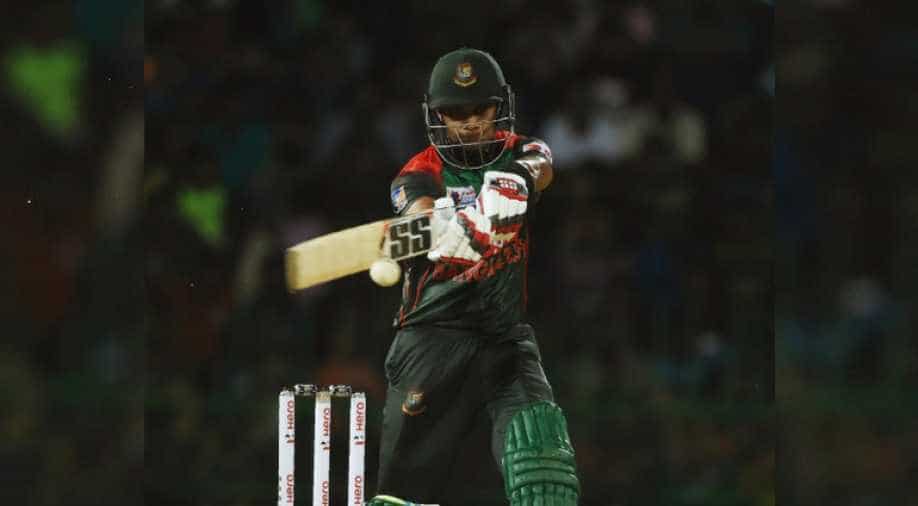 The announcement comes as the batsman, who was recently axed from the Bangladesh squad for the Asia Cup this month, completed a six-month ban from domestic cricket in June for assaulting a fan during a match.

"We have recommended (a) six-month suspension for Sabbir from international cricket," Bangladesh Cricket Board (BCB) director Ismail Haider told reporters after a disciplinary hearing in Dhaka.

"We will now send the recommendation to our president. Subject to his approval, the ban will be effective from tomorrow (September 2)," he said.

Haider said the authorities proposed a ban because of Sabbir's "overall behaviour" after the board received several allegations against him.

The recently concluded domestic ban against the 26-year-old player saw him stripped of his national contract and fined two million taka (around $24,000) for the offence in December last year.

But he was back in the news soon after, for hitting teammate Mehedi Hasan during a Twenty20 series against Afghanistan in June and abusing a fan on Facebook in July.

In 2016, the batsman was fined 30 percent of his contract money of the Bangladesh Premier League Twenty20 tournament for taking a female guest into his hotel room.

On Saturday, the BCB also called batsman Mosaddek Hossain for talks after his wife filed a lawsuit against him alleging that he harassed her for dowry.

BCB director Haider said they warned Mosaddek over his off-field behaviour but did not recommend any punishment for him because the matter was pending court investigation.

"He was told to be cautious about his behaviour in future. His case is a family matter. We have to wait until the court gives a decision," he said.

Mosaddek is the third Bangladesh cricketer to be slapped with a lawsuit by their wives or girlfriends in recent years.

Paceman Rubel Hossain was detained in 2015 after being charged in a rape case filed by an actress claiming to be his lover.

Left-arm spinner Arafat Sunny spent several months in jail last year after a woman accused him of opening a fake Facebook account in her name and posting "intimate photos" which she found "offensive and defamatory."