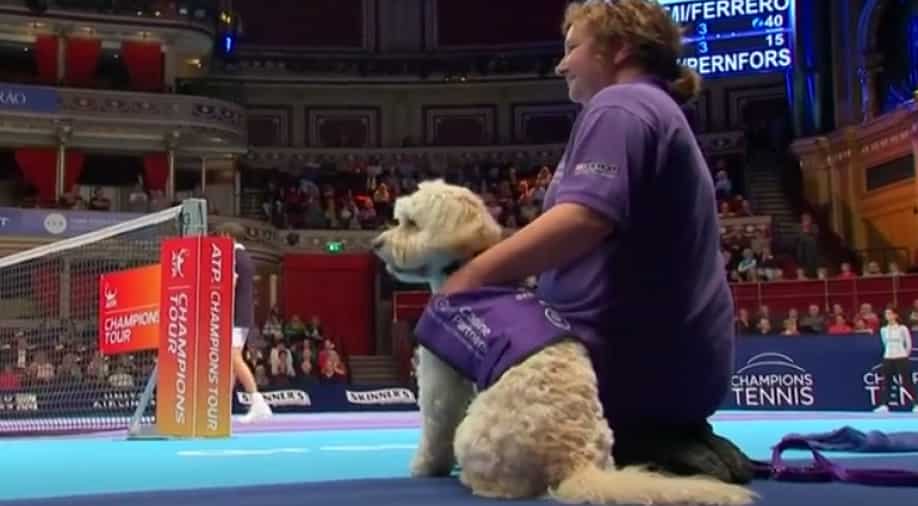 A screengrab of a dog fetching ball at Champions Tennis competition. Photograph:( Reuters )

Tennis ball girls were replaced by canine counterparts on Thursday (December 6) at the opening of the Champions Tennis tournament.

The three dogs, called Hattie Tina and Melvin, were provided by the charity Canine Partners, which trains dogs to help people with disabilities.

Canine Partners aftercare manager, Claire Anthony, said that although the dogs were used to retrieving objects such as inhalers and pens, they had to be specially taught to fetch tennis balls.

Former British number one Tim Henman helped train the dogs, but at a press conference before their appearance on court, he appeared to doubt whether they'd be as effective as their human counterparts.

What do they say about working with animals and children? Don't do it," he joked.

"Ball dogs" are not a novelty in tennis, with them already having appeared on court at the Brazil Open.

The tournament at London's Royal Albert Hall runs until December 9.