Bale and Benzema in the goals as Real Madrid survive scare 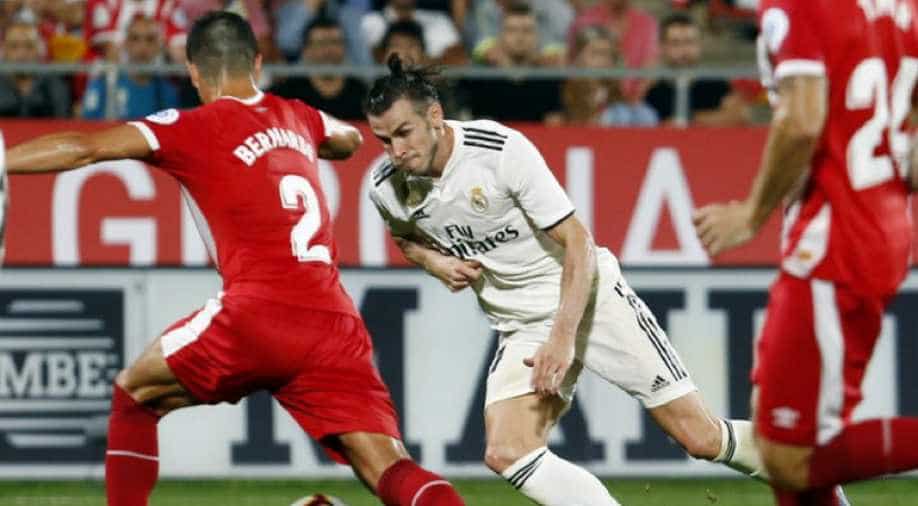 Seeking their second win of the new La Liga season, the European champions went behind after Borja Garcia opened the scoring for Girona with a superb goal after 17 minutes.

Real briefly looked rattled as Girona probed and Marcelo was continually exposed in the Real defence.

But the inevitable comeback started when Marco Asensio was sent tumbling to the turf by a clumsy challenge and captain Sergio Ramos scored with an audacious 'panenka' penalty on 39 minutes.

?? Enjoy some of the best photos from an excellent evening at Montilivi! We're going back to Madrid with three points! #RMLiga | #HalaMadrid pic.twitter.com/7LoodtB3Fp

This time it was Karim Benzema who stepped up to stroke home the penalty for his first goal of the season.

Bale produced a typical finish for Real's third goal, sprinting away from the Girona defence after being released by a wonderful pass from Isco and calmly steering the ball home.

Benzema scored his second on 80 minutes as he collected Bale's tempting cross and had time to turn and power the ball home.

The referee referred the goal to VAR for suspected offside but the goal was allowed to stand.