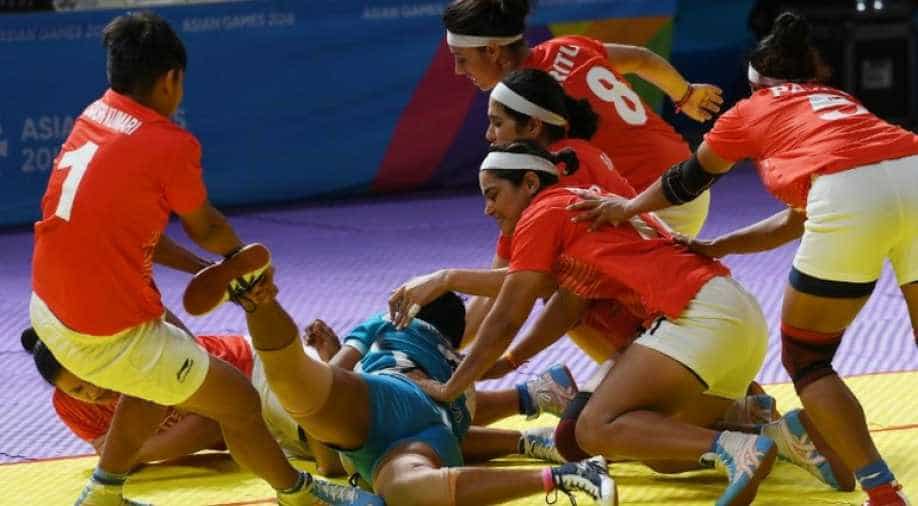 Indian women's kabaddi team romped to their third win in three matches after defeating Sri Lanka 38-12 in the group stage match. The Women in blue have been unbeaten so far in the competition.

The team&nbspdisplayed a dominant game and raced to a 10-0 lead against the Lankans with just five minutes on the clock. They barely broke into a sweat here.

Meanwhile, Indian swimmer Virdhawal Khade created a national record to qualify to the finals of men’s 50m freestyle category after topping Heat 5 with a timing of 22.43 seconds.

Swimming | Virdhawal Khade has qualified for Final of 50m Freestyle clocked 22.43s (which is a new NR). Its 3rd fastest timing in the heats overall
Final scheduled at1700 hrs IST
Khade now holds all the 3 NRs in Freestyle (50m, 100m & 200m) #AsianGames pic.twitter.com/jY5suI63on

In Rowing, Dattu Bhokanal also made it&nbspto the finals of the men's single sculls event after topping his repechage race with a timing of 7:45.71.

#AsianGames2018: Indian rower Dattu Bhokanal qualifies for final of the Men's single sculls as he finishes on top in repêchage pic.twitter.com/Jol2VoT8Ri