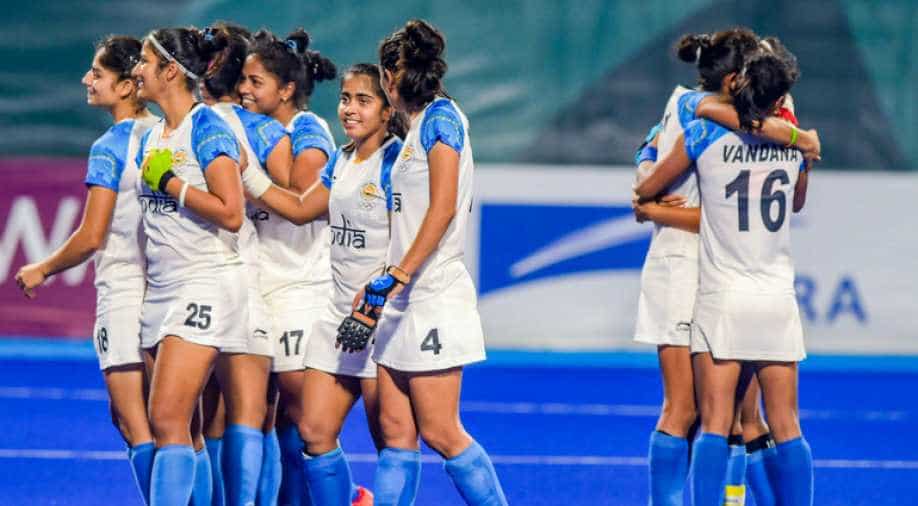 Indian women's hockey team lost 1-2 to Japan to settle for a silver medal in the Asian Games on Friday.

The Indians were put to a tough test against the Japanese side but eventually, the hope for a gold medal was shattered as Japan dominated the game from the beginning.

Coming into the match, the Indians were favourites for the title as they have ranked five places above Japan at ninth in the world rankings.

But it did not affect Japanese performance in the finals, who were strong right from the start as they took an early lead in the first quarter.

India managed to level in the second quarter through Neha Goyal as she deflected in a Navneet Kaur reverse hit pass, as both the teams went into the breather locked at 1-1.

However, in the third quarter, Japan's skipper Motomi Kawamura scored again in the 44th minute and since then, India never got a chance to make a comeback.

The Indian women hockey team's dream of reclaiming the gold at the Asian Games after 36 years remained unfulfilled.

Indian Girls have been unstoppable at the #ASIANGAMES2018! In an exciting and close match, the Indian Women's Hockey Team has won a SILVER. Hats off to their magnificent performance! ???✌?#KheloIndia #IndiaAtAsianGames pic.twitter.com/9TajVjAUYB

In the final quarter, the Indians pressed hard in search of the equaliser but Japan defended in numbers to win the match and claim the gold medal.