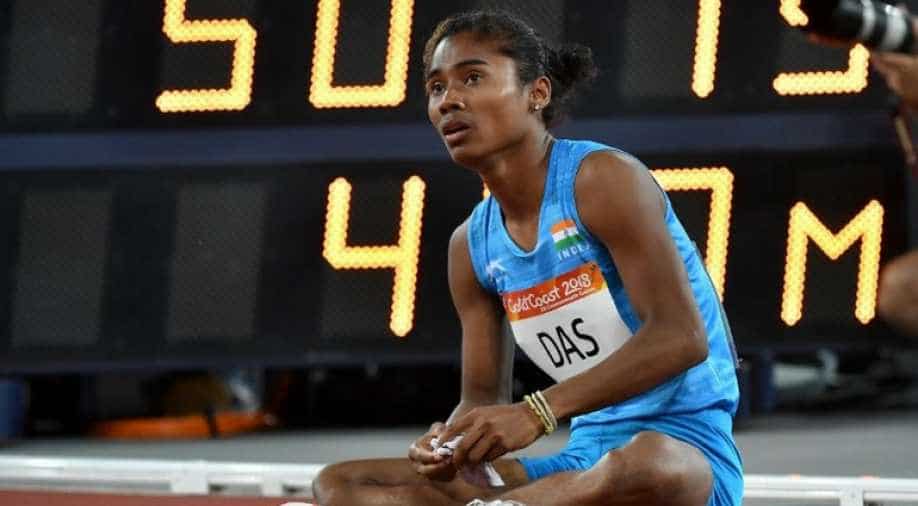 Hima Das on Tuesday was disqualified from the Women's 200m semifinals in the ongoing 2018 Asian Games.

The Indian sprinter received a red card for making a false start to her race.

Her disqualification means, only Dutee Chand will represent India in the final of women's 200m. Chand qualified for the final after topping her race with a timing of 23 seconds.

Hima will next be in action in the mixed 4x400m relay.

#AsianGames2018 : Indian sprinter Hima Das has been disqualified from 200m semi-final due to a false start. Dutee Chand qualifies for the finals. pic.twitter.com/PirA0CTh40

Hima had won silver in 400m final on Sunday. It was her second national record in two days as she clocked 50.59 seconds to win the silver, behind Bahrain's Salwa Naser who won the gold in a new Games record time 50.09 seconds.

Hima Das qualified for the semifinal in women’s 200 m race in the morning on Tuesday finishing fourth in her heat.