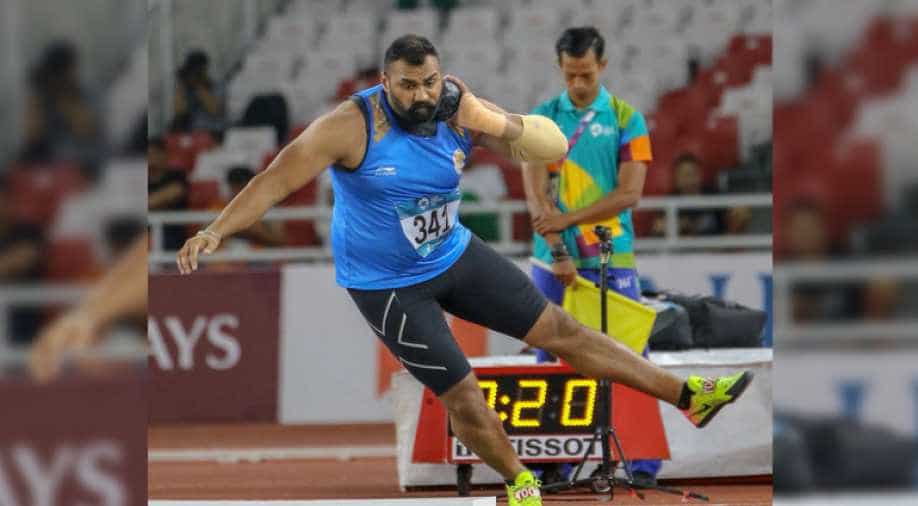 The 23-year-old finished first at the podium with a record-shattering throw to open India's medal account in athletics.

India's Toor threw 20.75m in his fifth attempt and set a national record as well. He bettered the six-year-old record of 20.69m in the name of Om Prakash Karhana.

His earlier personal best was 20.24m which he came up with last year.

China's Liu Yang took the silver with a best throw of 19.52m while Ivan Ivanov of Kazakhstan won the bronze with 19.40m.

Since the inception of Asian Games, which was in 1951 (1st edition) till 2014, India has won the maximum number of medals (athletics event) in shot put. Including eight gold, three silver, seven bronze.

On the other hand, sprinter Hima Das has also qualified for the final in women's 400m with the second best timing of the day so far.