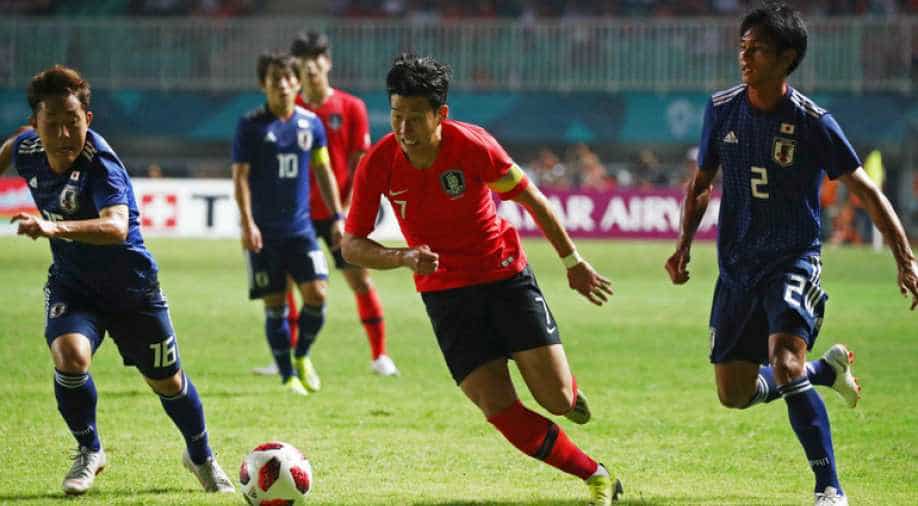 Ayase Ueda reduced the margin for Japan with five minutes left in extra time but his side could not find the equaliser to take the match to penalties.

The South Korean team also received a boost in the form of military exemption as all able-bodied South Korean men must complete 21 months service in the military as a deterrent against the North, but exemptions are offered to athletes who win gold at the Asian Games or a medal of any colour at the Olympics.

Tottenham Hotspur striker Son Heung-min, who captained South Korea as one of the over-aged players in the under-23 competition, had a role in both goals.

Gamba Osaka striker Hwang Ui-jo's profligacy meant South Korea were not able to seal the victory in 90 minutes and it was left to Lee to score the first goal when he planted his drive into the top of the net from a Son layoff.

Son was substituted seconds before the final whistle only to run back on the field in jubilation to celebrate the victory, which has huge ramifications for his career.

Son made one appearance from the bench for Spurs before linking up with South Korea's Games squad earlier this month and was congratulated by the Premier League team after the final.