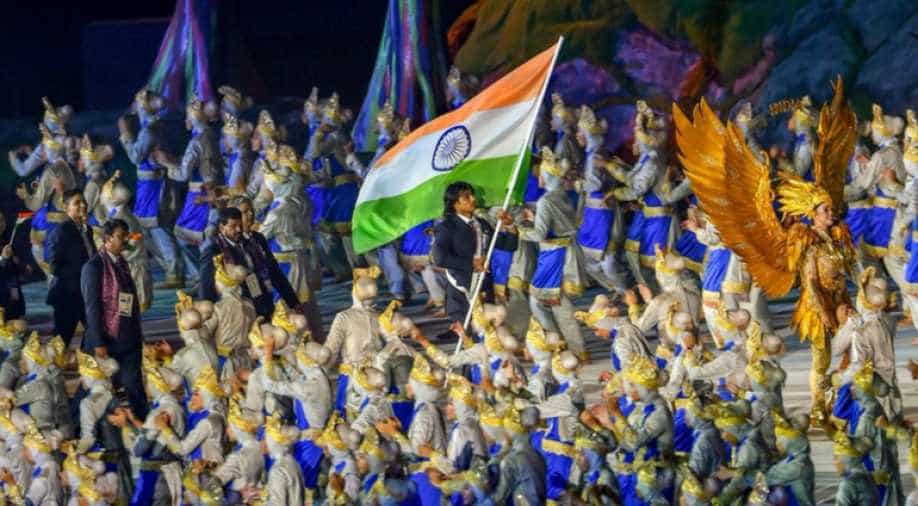 The 2018 Asian Games kicked-off with a colourful display of Indonesia's cultural heritage and a message for world peace and with a motto of 'Energy of Asia', the event has begun with a dazzling opening ceremony.

Team India will look to dominate by improving their medal tally compared to the previous edition at Incheon, South Korea where India had won 11 gold, 10 silver and 36 bronze medals.

However, after an impressive show at 2018 Commonwealth Games, where India ranked third in the medal tally with a total of 66 medals, fans have huge expectations from the Indian contingent.

This is India's 18th appearance at the Asian Games and Javelin thrower Neeraj Chopra-led Indian contingent is ready to create magic.

During the opening ceremony, Indian players arrived in blue suits with small tri-colour in their hands.

The Indian sports ministry had cleared an 804-member Indian contingent, including 572 athletes.

At the time of the opening ceremony, Widodo promised that the upcoming days will be full of breathless sporting action featuring the best of the continent's athletes.