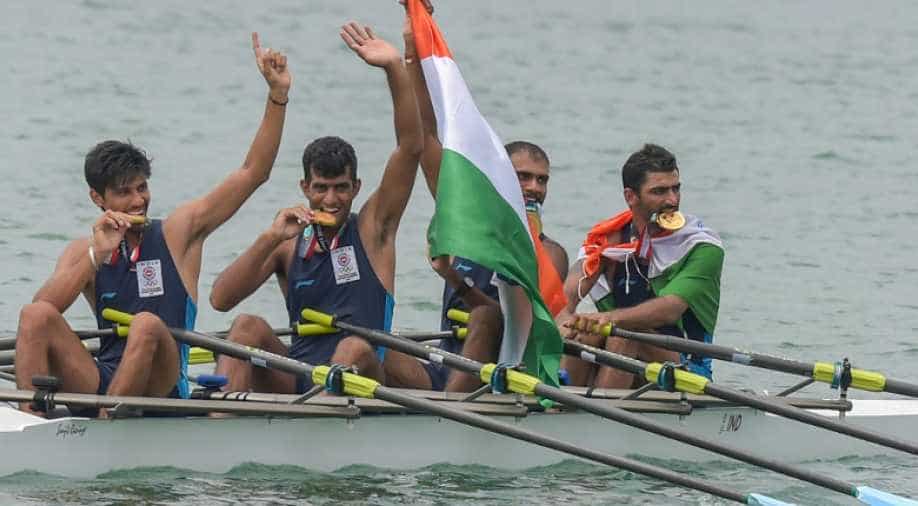 Indian men's quadruple sculls team won the gold medal in the rowing finals at the Asian Games on Friday.

The Indian team beat Indonesia which clinched silver and Thailand which bagged the bronze medal.

The Indonesian team finished the event in 6:20.58 minutes with the Thai team clocking 6:22.41 minutes.

This was the final event for Rowing at the 2018 Asian Games.

Meanwhile, Rohit Kumar and Bhagwan Singh bagged the bronze medal in men's Lightweight Double Sculls event. This was India's second medal of the day and the second in rowing at Jakarta.

China has firmly positioned itself at the top of the tally with 55 gold, 40 silver and 21 bronze. Currently, India is at the ninth position with 5 gold, 4 silver and 12 bronze.

Indian men's kabaddi team lost to Iran 18-27 on Thursday and were knocked out in the semi-final, settling for bronze.

This was the first time the Indian men's kabaddi team had to settle for anything less than gold at the Asian Games.