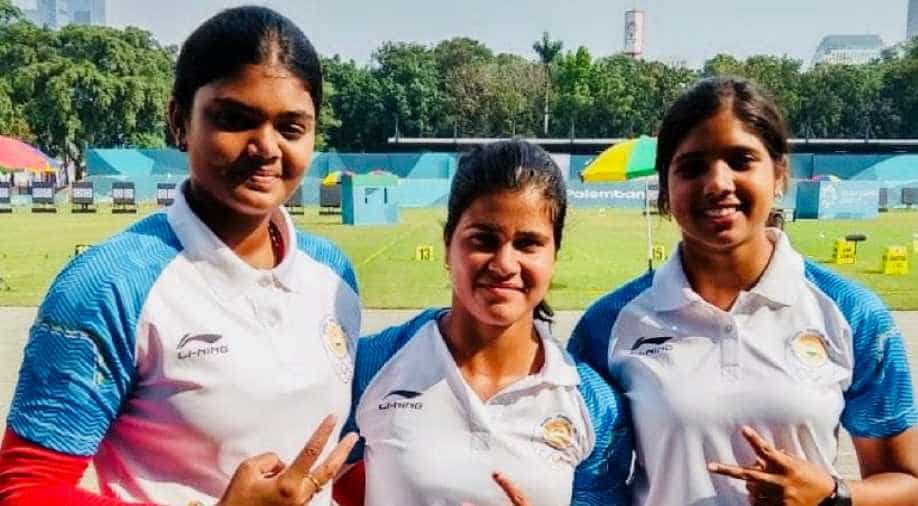 India settle for the silver medal in women's compound archery event at the 18th Asian Games.

The Indian women's archery team gets the silver medal after losing to the Republic of Korea.

The Republic of Korea clinched the elusive gold medal after the final score 228-231.

It's India's second AsianGames medal in this event.

The two teams were on the even keel in the third set scoring 58 points each but India wilted under pressure losing 55-58 to end up second best.

Our Women's Compound Archery team has won a SILVER at the #ASIANGAMES2018!

Indian men's compound team will also face the Republic of Korea in the finals.