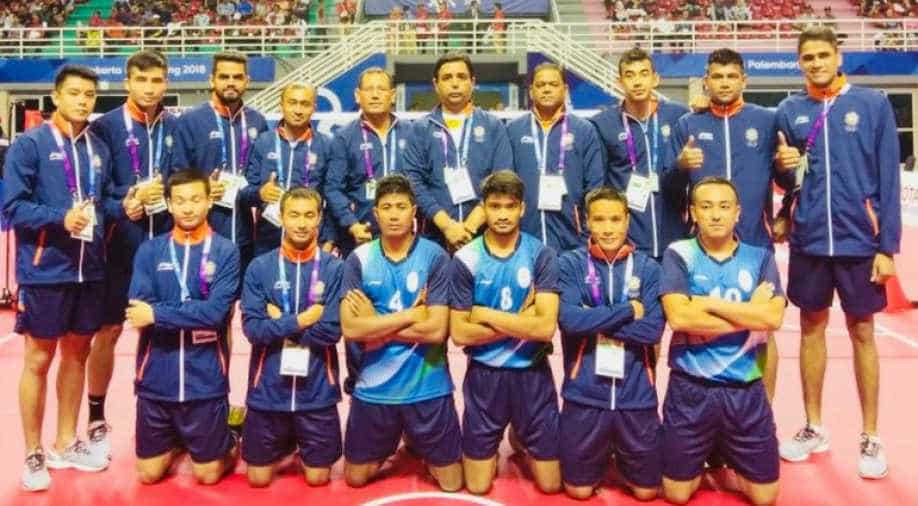 History has been created as India won a medal in sepak takraw for the first time in the Asian Games.

However, the men's regu team lost to defending champion Thailand.

Sepak takraw is a game which is wildly popular in southeast Asia, this gravity-defying form of "foot volleyball" has become an Asian Games smash-hit since it was first introduced in 1990 and is largely dominated by Thailand.

An explosive sport in which players acrobatically contort their bodies to launch a rattan ball over a net using their feet, head or chest with the sort of skill that would make Lionel Messi proud.

Not only did they become India's 1st team in the sport to reach the Semi-finals of the Team Regu Event at #ASIANGAMES2018 and also winning a?medal. FANTASTIC TEAM EFFORT by the boys! #IndiaAtAsianGames pic.twitter.com/qCqV6OhR0g

The Indian men's regu team lost to Thailand 0-2 but picked up a bronze as both the losing semifinalists are also awarded a medal.

India, however, lost to Indonesia 0-3 in the second Preliminary Group B match of the day but still advanced to the last-four stage and be guaranteed of at least a bronze.