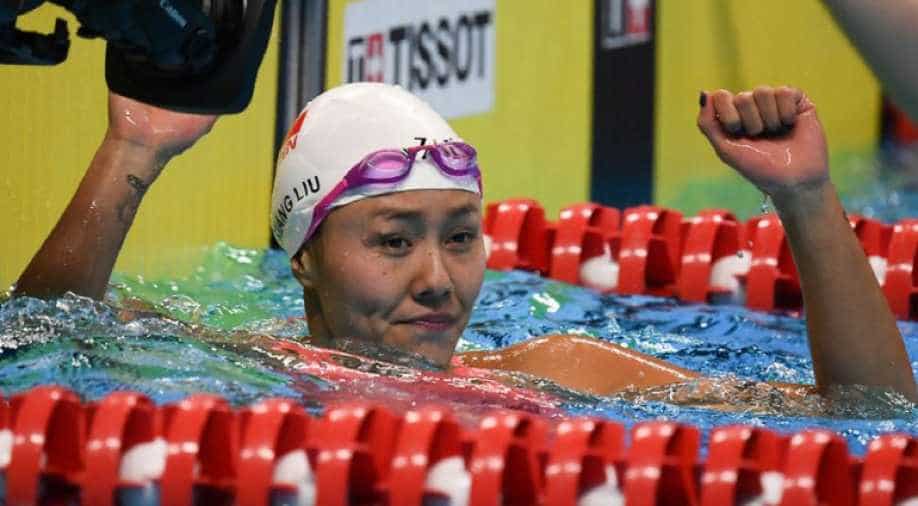 Liu, nicknamed "Swimming Goddess", finished well ahead of team-mate Fu Yuanhui's 27.68 and Japan's Natsumi Sakai in 27.91 on the third evening of competition.

She claims the record held for nine years by fellow Chinese Jing Zhao, who clocked 27.06 at the 2009 world championships in Rome.

China, runaway leaders on the 2014 medals table, reached 30 golds by the end of day three, with clear daylight between them and Japan on 12 and South Korea's eight.