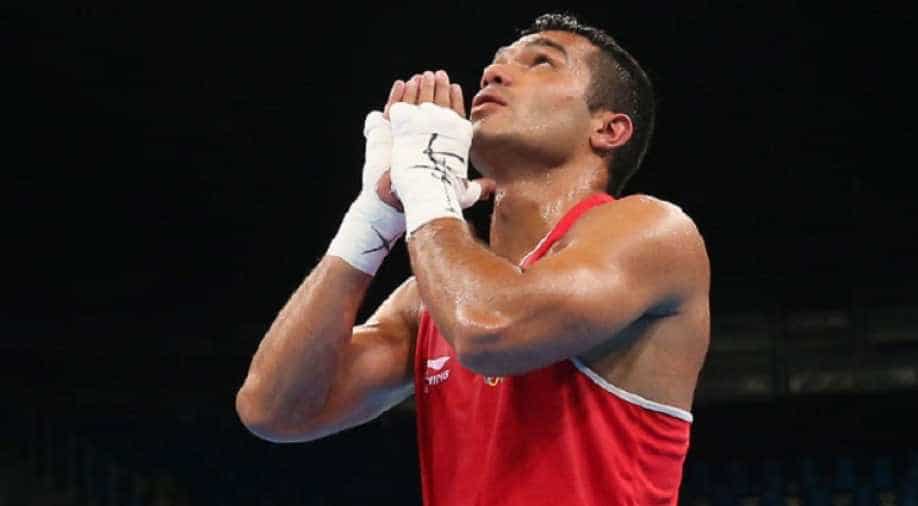 A medal is not the only thing on accomplished Indian boxer Vikas Krishan's mind heading into the Asian Games, where a podium finish would ensure his name in the history books for an unparalleled feat.

A gold-medallist in 2010, a bronze-winner in 2014, Vikas is aiming to become India's first boxer with three back-to-back Asian Games medals. The mega-event starts August 18 in the twin Indonesian cities of Jakarta and Palembang.

Should he achieve the feat in Jakarta, the 26-year-old will surpass, at least in medal count, a certain legend who went by the name of Hawa Singh and Vijender Singh, who now plies his trade in the professional circuit after being a trailblazer in the amateur arena.

Hawa Singh had notched up successive heavyweight gold medals at the 1966 and 1970 Asian Games, a feat unmatched in the history of Indian boxing.

Middleweight star Vijender, on the other hand, had claimed a bronze in the 2006 Doha edition before bettering the colour to gold in 2010 Guangzhou.

Vikas' 2010 gold came in lightweight, while the 2014 bronze was after he took over the middleweight.

Is he feeling the pressure heading into what could well turn out to be a historic Asiad for him?

"Not exactly, actually, winning the gold medal at the Commonwealth Games has taken off all the pressure on me. I am in a very good space mentally, relaxed and calm," Vikas told PTI in an interaction.

He is among the most decorated Indian boxers with medals at the Asian and Commonwealth Games besides being among a select band of four to have World Championships medals -- a bronze in the 2011 edition.

That aside, the Haryana-lad has been in tremendous form this season. He won a gold in the season-opening Strandja Memorial in Bulgaria before topping it with a CWG top finish in Gold Coast.

The only blip has been a quarterfinal loss in the Chemistry Cup in Germany followed by mild illness during a training trip to England.

"My body is at a hundred per cent right now. There was a bit of a setback when I was down with fever during a training trip to Sheffield last month but I am back to full fitness now," he asserted.

The former world youth champion has flirted with the idea of turning professional more than once and had even declared at the Gold Coast CWG that he would be taking the plunge by the end of this year.

But ahead of the Asiad, he prefers to side-step questions on his plans.

"For the next 20 days, it's about representing the country at the Asian Games. We will talk about the future after these 20 days," he said.

The boxing competition of the Asian Games will start August 24 and the Indian team would be leaving tonight to ensure good acclimatisation with conditions in Jakarta.