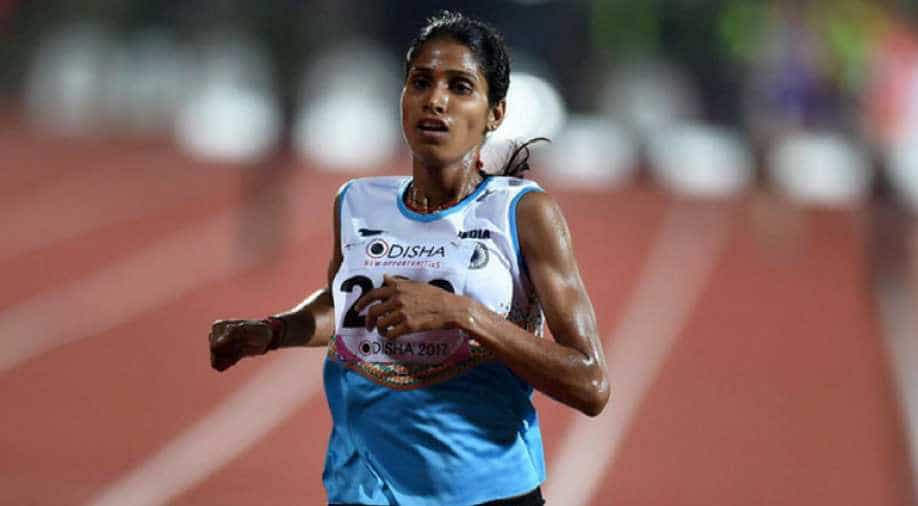 India's Sudha Singh on Monday clinched a silver in the women's 3000m steeplechase at the ongoing Asian Games on Monday.

Sudha ran her best race in last two years a couple of months back in Guwahati. She clocked 9.39.69 there which was her best timing in a long time.

Our athletes are leaving no stone unturned to make the nation proud.
Congratulations to #SudhaSingh on winning a SILVER? in women’s 3000m steeplechase at the #AsianGames2018 pic.twitter.com/yOjDTPmo3n

Another Silver in Athletics for ??#SudhaSingh keeps the tri colour flying high in Women's 3000 Steeple Chase! With an outstanding timing of 9:40.03 she clinched a ?. This is our 2nd consecutive Silver in Athletics today ✌?? #KheloIndia #AsianGames2018 #IndiaAtAsianGames pic.twitter.com/KOqALcx058

In some sense, it was a comeback as she had left coach Nikoali with whom she had won gold at the 2010 Asiad.

Qatar's Abderrahman Samba won gold with a Games record timing of 47.66, while the other Indian in the fray, Santhosh Kumar Tamilarasan, finished fifth, clocking 49.66.