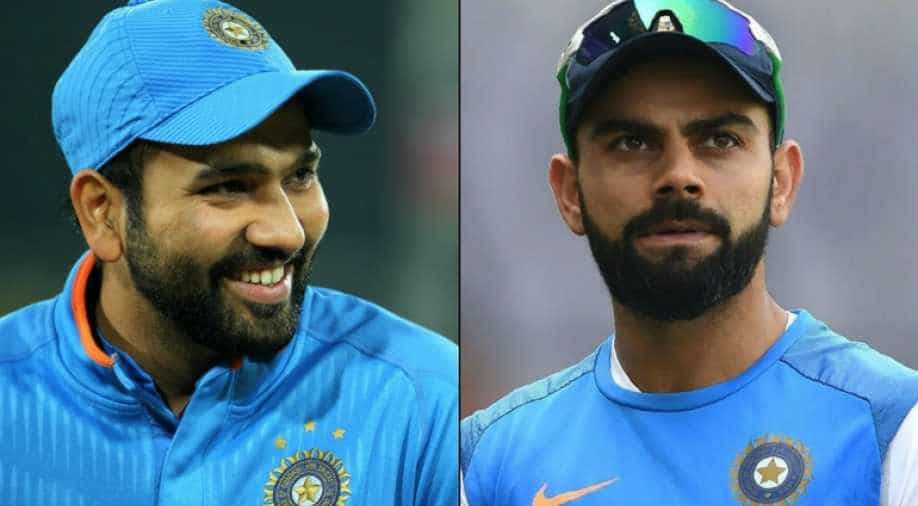 A file photo of Rohit Sharma and Virat Kohli. Photograph:( Others )

Rohit Sharma will lead the Indian team in the Asia Cup, the selectors announced on Saturday. India's regular skipper Virat Kohli has been rested for the upcoming tournament.

Manish Pandey, Ambati Rayudu and Kedar Jadhav have recalled and are part of the 16-member squad.

However, Suresh Raina, Umesh Yadav and Siddarth Kaul were missed out. They recently featured in the squad for the England ODI series.

Rajasthan left-arm fast bowler Khaleel Ahmed is the only new face in the team.

Asia Cup 2018: India to clash with Pakistan on September 19

Asia Cup is scheduled to start from September 15 in Dubai. India will open the tournament against Bangladesh on that day.

Here is the full squad: