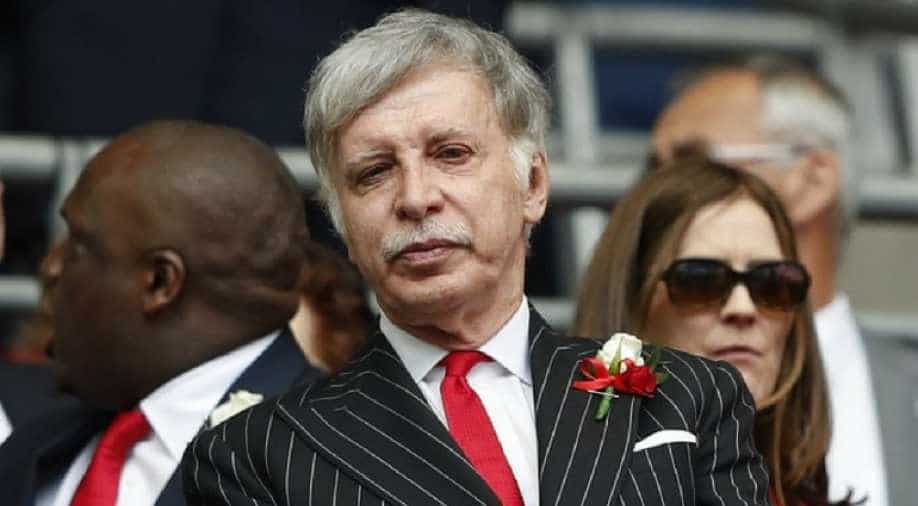 Arsenal majority shareholder Stan Kroenke on Tuesday announced an offer to take full ownership of the Premier League club in a deal worth £1.8 billion ($2.3 billion).

The American sports mogul, who already owns 67 per cent of the club through his company Kroenke Sports and Entertainment (KSE), has reached a deal with Russian billionaire Alisher Usmanov for the sale of his 30 percent stake, according to a statement to the London Stock Exchange.

"KSE believes moving to private ownership will bring the benefits of a single owner better able to move quickly in furtherance of the club's strategy and ambitions," it said.

"KSE is a committed, long-term owner of the club".

But the Arsenal Supporters' Trust (AST) said it was a "dreadful" day for the club, adding it was too important to be owned by one person.

Kroenke, owner of the Los Angeles Rams in the NFL, has been a part-owner of Arsenal since 2007, gradually increasing his stake in the club.

Uzbekistan-born Usmanov, who made his fortune in the steel industry, has reportedly made previous unsuccessful bids to take control of the club.

He was critical of Kroenke's passive ownership style, a sentiment increasingly echoed by Arsenal fans, unhappy with what they see as the board's willingness to settle for on-field mediocrity so long as commercial stability was maintained.

Under takeover rules, if Usmanov accepts the offer it would trigger the sale of the remaining minority shareholders' shares -- many have preserved a small holding for decades -- and place the club under the private control of Kroenke.

"We at KSE are moving forward with this offer leading to 100 per cent ownership of the club," Kroenke said in the LSE statement.

"We appreciate Mr Usmanov's dedication to the Arsenal Football Club and the storied ethos and history the club represents."

Further details of the all-cash offer will be published by KSE later on Tuesday, it said.

But the Arsenal Supporters' Trust set out its opposition to the proposed move.

"Stan Kroenke taking the club private will see the end of supporters owning shares in Arsenal and their role upholding custodianship values," it said in a statement.

"The AST is also extremely concerned to note that this purchase is being funded by a loan," it added.

"The most dreadful part of this announcement is the news that Kroenke plans to forcibly purchase the shares held by Arsenal fans. Many of these fans are AST members and hold their shares not for value but as custodians who care for the future of the club."