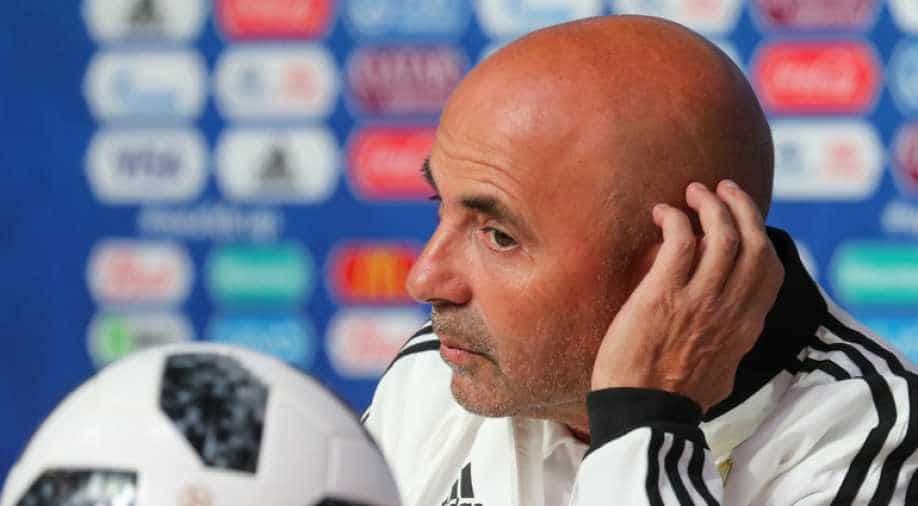 Jorge Sampaoli refused to step down as Argentina's head coach after his side's 4-3 defeat against France in the round of 16 of the 2018 World Cup Russia.

"Beyond the pain, you need to have courage. The fact I`m here, where I wanted to be, I`m not thinking about" the possibility of resigning, Sampaoli said.

The coach said it was too early to analyse his team's mistakes, adding that it was a part of football to face a team that was very fast in its transitions from defence to offense.

"There will surely be different factors to analyze that have to do not only with whether you won or lost," Sampaoli said on Saturday.

He recalled that Argentina briefly had the lead early in the second half but that the 2-2 equalizer came on a play that`s very difficult to explain.