Ahead of T20 against England, Virat promises to play 'fearless cricket' 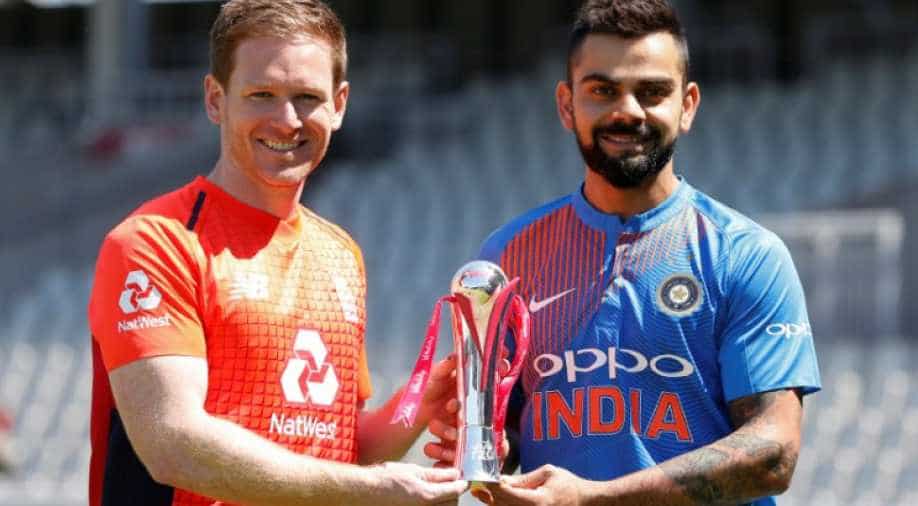 England recently whitewashed Australia in the ODI series with captain Eoin Morgan leading from the front.

With India set to kick off its tour to England with a T20 International today, India captain Virat Kohli, 29, promised to play "fearless cricket" against the resurgent English team.

"When they came to India last time, we won the series and the trophy is with us, and now they are on home soil and they need to play well to win it back. We will play fearless cricket and literally we have nothing to lose," Virat Kohli said ahead of India's T20 encounter to be played at Old Trafford in Manchester.

England recently whitewashed Australia in the ODI series with captain Eoin Morgan leading from the front. The Indian captain is under no illusion on how the tough the series is going to be with the hosts ready to put the visitors on the mat early in the tour.

"Playing against a good team in their conditions and at their home, to get the opportunity to be able to beat them in their home conditions," Virat said, adding,"it is a point of excitement for us and not pressure."

"The takeaway from this tour obviously will be the way we play our cricket and the mindset and the attitude that we maintain for the length of the tour that we are here," Virat felt.

With one eye firmly on the World Cup to be played in England next summer, the Indian captain said: "Looking at the World Cup, we will try a lot of players in the shorter formats."

"The middle order in the ODIs has been something that we have been looking for, so we have a few things that we want to try out and address there as well," Virat told reporters.

India recently beat Ireland in T20 matches before landing England, however, the England team will present a whole new set of challenges with Virat agreeing that condictions will play a key role as the tour progresses.