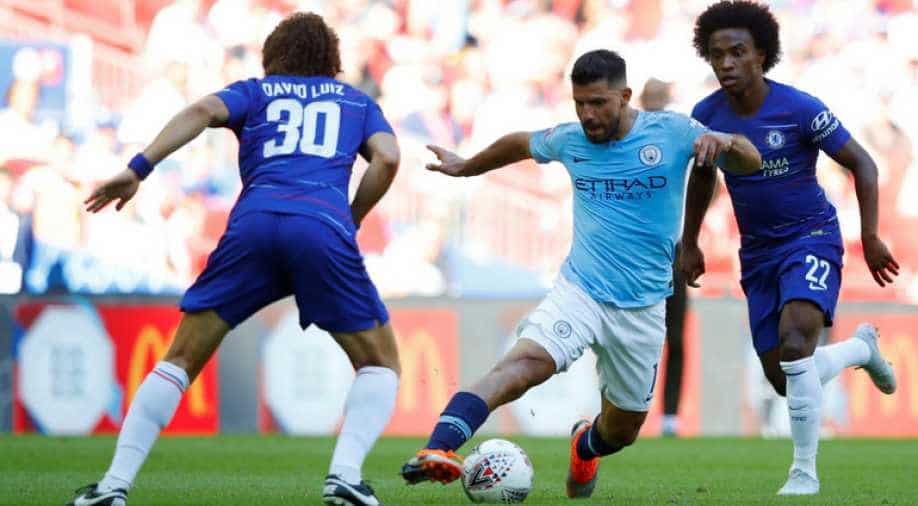 Sergio Aguero's two perfect goals, including his 200th for the club, handed Manchester City a 2-0 win over Chelsea.

The win also claimed the FA Community Shield for the fifth time in Wembley.

Aguero struck his first on 13 minutes&nbspafter Phil Foden, filling in admirably for Kevin De Bruyne, burst forward to find the Argentine, who wrong-footed Antonio Rudiger with a low shot to become the first City player to reach a double century of goals.

Chelsea, who were playing without Eden Hazard, took 25 minutes to even register a shot and seldom threatened and it was no surprise when Aguero added a second.

City cut Chelsea apart to become the first Premier League champions to win the trophy since Manchester United in 2013.