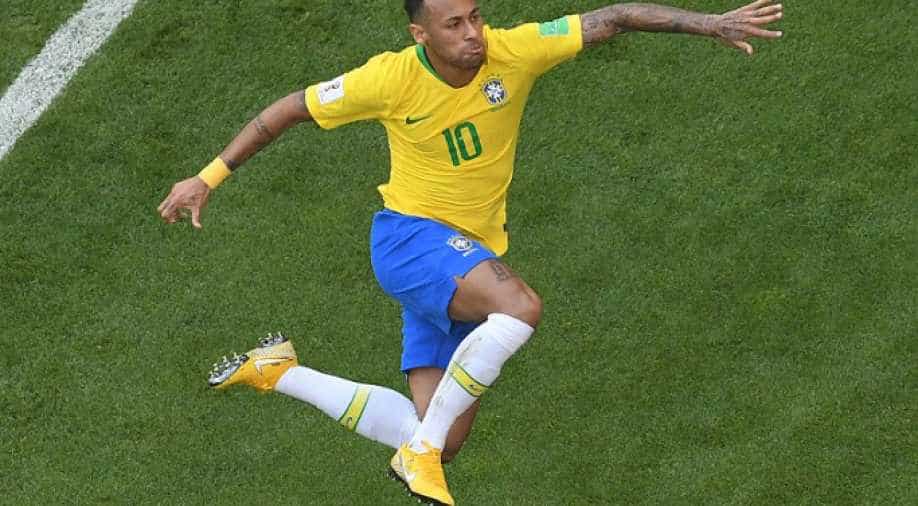 Neymar celebrates after scoring the opening goal against Mexico during the World Cup round of 16 match between Brazil and Mexico at the Samara Arena in Samara. Photograph:(WION Web Team)
Follow Us

The Brazilian fell on the ground after Layun approached him as matters took turn for the worse.

Mexico coach Juan Carlos Osorio lashed out at referee Gianluca Rocchi who was officiating the Brazil match on Monday accusing him of setting a "bad example".

Neymar, who has often been accused of play-acting, was embroiled in another controversy after Brazil coach Tite said Layun had "stepped" on Neymar.

The Brazilian fell on the ground after Layun approached him as matters took turn for the worse.

"I think it's a shame for football," said Osorio.

"We wasted a lot of time because of one single player... we lost our style in the second half, because of the referee."

"There were too many stoppages and my players got more and more tired of that situation. At one point there was a four-minute stoppage," he asserted

"I think this is a very bad example for the world and the world of football."

Neymar, on the other hand, attempted to play down the incident.

"Look, I think it's more an attempt to undermine me than anything else," said the Brazilian.

"I don't care much for criticism, or praise, because this can influence your attitude.

"In the last two matches, I didn't talk to the press because I don't want to I just have to play, help my teammates, help my team.