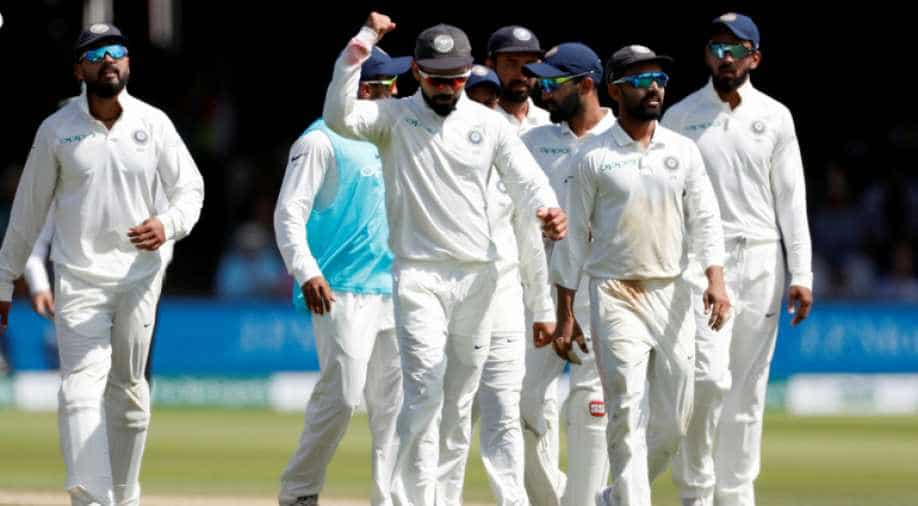 A file photo of Virat Kohli and teammates. Photograph:(Reuters)
Follow Us

Virat Kohli-led team is chasing a target of 245 runs at Southampton as were dismissed for 271 in their second innings.

India need to show a strong batting performance to win this match to keep the five-match Test series alive by levelling it 2-2.

However, the road to victory is not easy, as it will be a record run-chase as the most India have made to win in the fourth innings of a Test in England was 174 at Oval in 1971.

That match also had marked team India's first Test-match win on English soil in the leadership of Ajit Wadekar, who recently passed away.

India are two down, and they need their fourth biggest successful chase away from home if they are to level the series.#ENGvIND #howzstat pic.twitter.com/9fR9MRHVUk

India have scored 200 or more to win in the fourth innings of a Test outside of Asia just three times.

They are now bidding to become just the second side in history to win a five-match Test series from 2-0 down, with an Australia side inspired by batting great Don Bradman the only team to have achieved the feat, against England in 1936/37.