What is honesty in journalism? 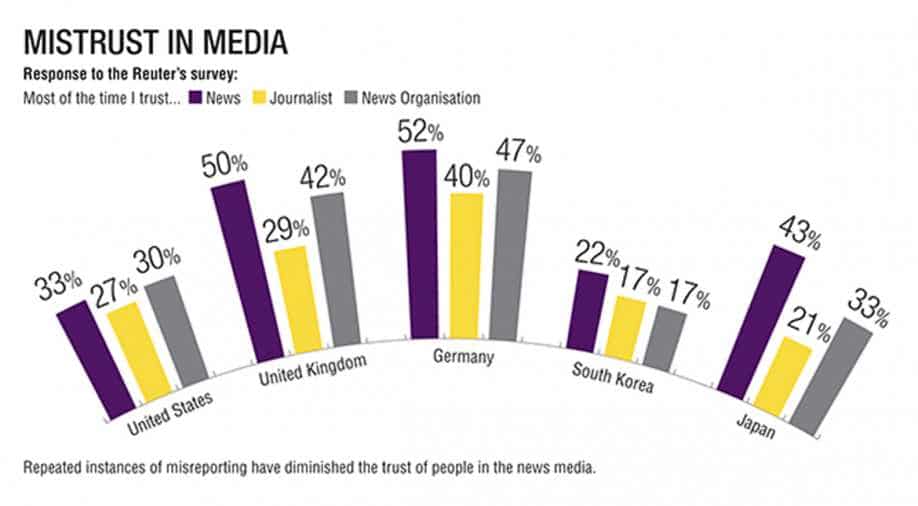 Over the past two decades we have taken the trust in the media quite south Photograph:( DNA )

It literally has been slammed in my face. I will take it head on, and not mince my words. I would never like to comment on people who are in the same business as me, as at the end of the day they are comrades and fellow news journalists. But I decided to write as they no longer respect the ethics of the business or at least the basic tenet of journalism: honesty.

I was at the session at Zee Jaipur Literature Festival where RSS leaders Manmohan Vaidya and Dattatreya Hosabale were talking about their ideology. Many of my journalists were present and they heard their remarks clearly. The leaders said that the Rashtriya Swayamsewak Sangh was for the idea of having a reservation for the castes that have been discriminated against for centuries. Their argument was more detailed, and they even went on to talk about religious minorities and how these are issues that need to be debated.

There was no lack of clarity in the statement and it was their perspective. It was straightforward reporting of facts. Later, I had put out a tweet about what they said and within few minutes my twitter handle exploded. People were asking us journalists to figure out amongst ourselves what the two RSS leaders had remarked.

I went back to Twitter to see what people were talking about and realised that some senior journalists had reported the exact opposite. I am not sure how they got this information and why they decided to write diametrically opposed to what was said. Some television channels had already set up panels around that statement. It was heatedly being debated, all based on lies. I was aghast. I wondered how we have gone so wrong as journalists and disseminated information based on previous assumptions.

Over the past two decades we have taken the trust in the media quite south. When I first moved to North America, I used to tell the editors about the respect the media enjoyed in South Asia; they were quite astonished. It was because the level of trust in their media was quite low. In the past, various incidents of misreporting have diminished the trust of people in the institution of media especially journalists.

Today, if a study is done in India which explored media biases, we will probably find the same levels of mistrust. Journalists have not been able to stay away from circles of power. Unfortunately, they have taken the role of negotiators and middlemen. They have been rewarded for their work in all kinds and forms and this is what brings disrepute. It’s a noble profession, with honesty as its starting premise and accuracy of reporting as it's weapon.

You take honesty and credibility from it, and it stands exposed just like any other business. So the decision will be in the hands of journalists to decide the path they want to take. Do they want to become a part of this rotten system or will they stand as the check and balance, helping tweak and fix it when it falters? I don’t think there is a choice. The decision is ‘to be or not to be’.