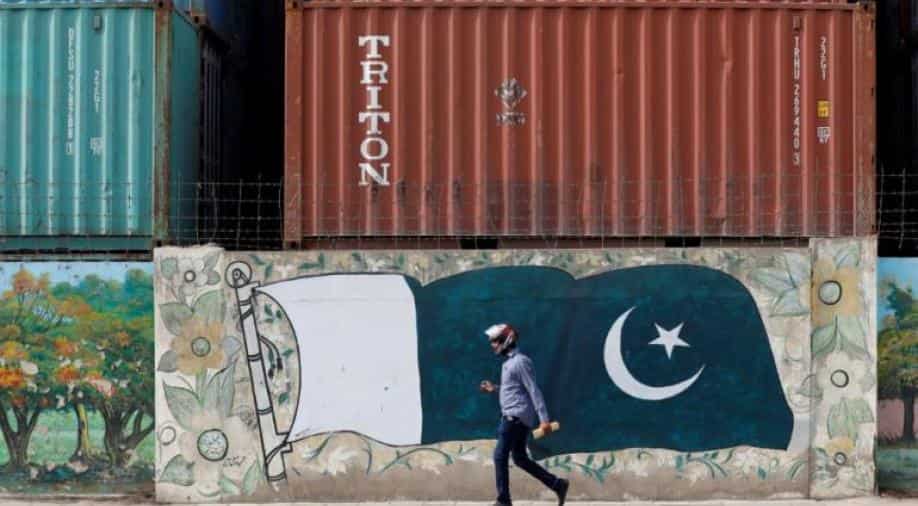 Zarrar Haider Khan, joint secretary of the Ministry of Industries and Production and a BS-20 officer of the state bureaucracy's elite Pakistan Administrative Service, was caught on CCTV cameras while pocketing the wallet which had a significant sum of Kuwaiti dinars, Dawn news reported.

A video showing a senior Pakistani bureaucrat stealing the wallet of a visiting Kuwaiti dignitary has gone viral on social media, prompting authorities to suspend the high-ranking official, according to media reports.

The dignitary was part of a high-level delegation which was in the country to discuss bilateral trade.

Grade 20 GoP officer stealing a Kuwaiti official's wallet - the official was part of a visiting delegation which had come to meet the PM pic.twitter.com/axODYL3SaZ

Zarrar Haider Khan, joint secretary of the Ministry of Industries and Production and a BS-20 officer of the state bureaucracy's elite Pakistan Administrative Service, was caught on CCTV cameras while pocketing the wallet which had a significant sum of Kuwaiti dinars, Dawn news reported.

In the six-second video clip, the bureaucrat could be seen lifting the wallet from the table and putting it into his pocket at a time when the Kuwaiti delegates and officials of the ministry had left the hall of the Economic Affairs Division after their meeting.

The guilty joint secretary has been suspended from service on disciplinary grounds after he was caught stealing. But so far, no complaint has been registered with the police.

The issue came to light when a member of the Kuwaiti delegation lodged a complaint with Pakistani officials regarding his missing wallet.

A search was conducted in the ministry and all rooms and offices were combed. Even lower grade employees of the ministry were quizzed and physically searched but nothing was initially found.

The footage captured by a CCTV camera installed in the hall was examined later, which revealed that the theft was committed by the senior officer.

When the officer was approached, he first denied his involvement. However, when the CCTV footage was shown to him, he produced the wallet, the sources stated.

When the Kuwaiti officials were informed of the recovery of his wallet, the delegation asked the authorities to provide them with the identification of the culprit.

The Pakistani officials initially showed reluctance and assured the guests that legal action would be taken against the person.

However, the sources said, it was on the insistence of the delegates who were extremely angry over the incident that Pakistani officials divulged the individual's identity and shared the CCTV footage.

Sources said that an internal inquiry was in progress against the bureaucrat and further action will be taken.

Information Minister Fawad Chaudhry, when asked about the incident, said that most of the present bureaucrats had received their "moral training" by the previous governments.