US commando takes helm of forces in Afghanistan amid worsening violence 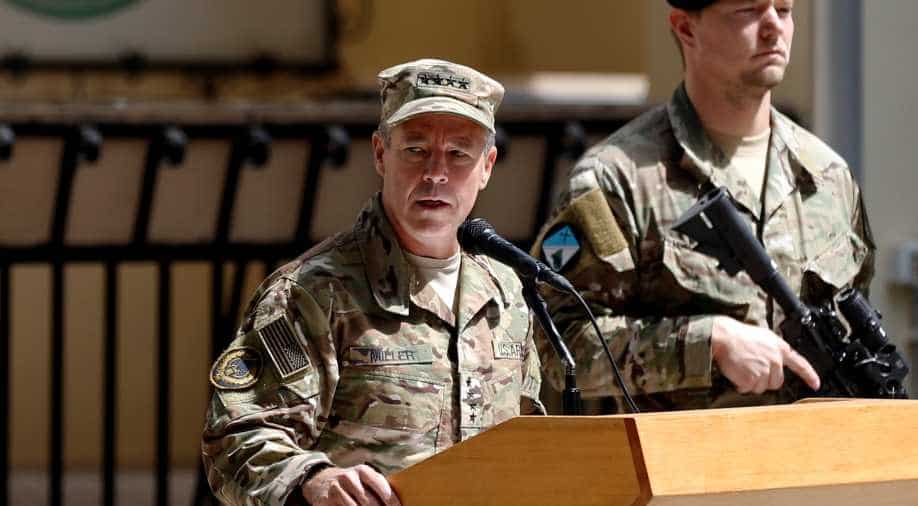 General Scott Miller took command of US and NATO forces in Afghanistan on Sunday, as worsening violence erodes hopes for peace in the war-torn country.

Miller, who has commanded special operations units in Afghanistan since 2013, succeeds General John Nicholson, who is rotating out of the post after more than two years.

The handover comes at a sensitive time in the 17-year war that has seen little progress by Afghan or US forces against the Taliban, Afghanistan's largest militant group.

Afghan and international players have been ratcheting up efforts to hold peace talks with the Taliban, which was toppled from power by US-led forces in 2001.

An unprecedented ceasefire in June followed by talks between US officials and Taliban representatives in Qatar in July fuelled hopes for negotiations to end the war.

But a recent spate of attacks by Taliban and the smaller but potent Islamic State group that left hundreds of security forces and civilians dead has almost extinguished that optimism.

"This is a tough fight," Miller acknowledged during an outdoor change of command ceremony in Kabul attended by top Afghan officials and foreign diplomats.

"There's no room for status quo, we cannot afford to be complacent. We must be aware of bias and easy conclusions -- they don't exist here."

For the past two years Miller has headed up the secretive Joint Special Operations Command (JSOC) and has lengthy experience working with some of America's most elite fighters.

Nicholson, who will return to the Pentagon, is the longest-serving US commander of NATO and American Forces in Afghanistan.

There had been concerns that militants would shower Kabul with mortar or rocket fire to spoil Sunday's handover, as they did during Afghan President Ashraf Ghani's speech on the first day of the Eid al-Adha holiday last month.

But the ceremony passed off uninterrupted.

Miller takes up his new role more than a year after US President Donald Trump unveiled his Afghanistan strategy, which increased the US troop presence and now includes a renewed push to bring the Taliban to the negotiating table.

But there are fears that Trump is growing frustrated with the pace of progress in the country.

The Taliban have long insisted on direct talks with Washington and refused to negotiate with the Afghan government, which they see as illegitimate.

There is speculation that another meeting between US and Taliban representatives could be held this month.

"We known the military component is only one part of this conditions-based strategy," Miller said.

He added that it was necessary to "create space for the political process" to end the war.

Currently there are about 14,000 US troops in Afghanistan, providing the main component of the NATO mission there to support and train local forces.