The widows of drought-hit Maharashtra in India 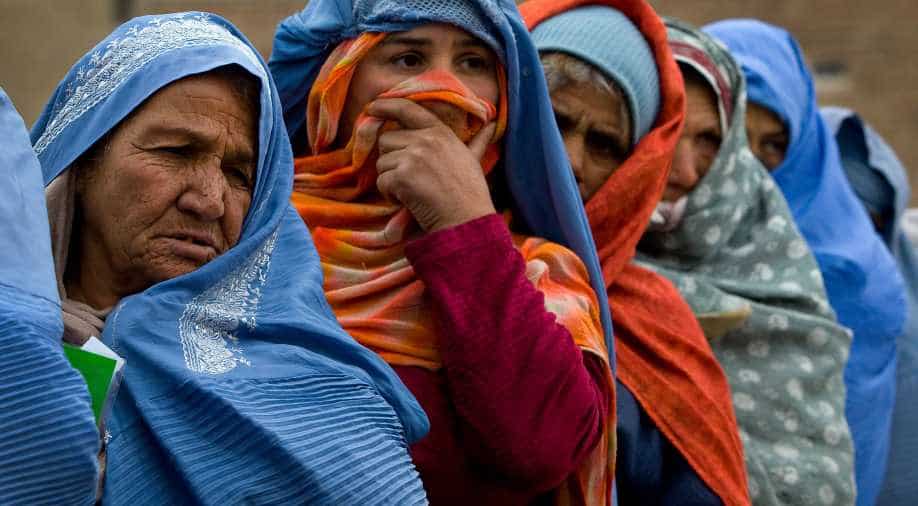 'From the moment she wakes up till the time she goes to sleep -- and even after -- a single woman in a village is subject to so much harassment, so much stigma and abuse,' said a widow from the drought-hit Marathwada region, the state's poorest. Photograph:( Getty )

Follow Us
Rajshree Gungoo, a chatty 27-year-old with a quick smile, speaks up at a gathering of about 40 women discussing the challenges facing single women in the Indian state of Maharashtra.

"It's very difficult. I don't have a husband, I don't have a son, even my father doesn't want me," she says, her voice breaking. "I am alone and powerless to do anything."

She breaks off, using the end of her saree to wipe her tears. Around her, others nod and mutter.

In drought-hit Marathwada, the state's poorest region, there is an unusually high number of single women. Some were widowed after their farmer husbands committed suicide because of debt; others were abandoned because they didn't produce a son, while some were left behind when their husbands left to search for work.

Alone and without financial support, the women and their children are usually thrown out of home by their in-laws, denied ownership of the land they worked on and any compensation from the government.

They are also taunted and harassed by communities who believe a woman is nothing without a man.

"In this country, single women are the most vulnerable category - they are neglected by the government, by society, even their own family," said Vishwanth Todkar, secretary at Paryay, a charity that works with marginalised communities.

"Every day, every hour is a struggle for them - to get a home, get land, even their identity cards, which are in the name of the father or the husband. They face humiliations constantly," he said.

Bias from birth
In India, where a patriarchal system is deeply entrenched, only 13 per cent of farm land is owned by women. The figure is even lower when it comes to lower caste Dalit women who are single.

About 12 per cent of India's female population is classified as single, including women who are widowed, divorced, separated, and older unmarried women, according to the 2011 census.

While widows receive a monthly pension of about 500 rupees ($7.40) in most Indian states, divorced women and those who are unmarried or abandoned are ineligible for most welfare benefits.

In addition, most religious laws favour men when it comes to the inheritance of family property and agricultural land.

In Osmanabad district, Paryay works with single women in about 30 villages. The charity estimates that almost half the women in these villages are single, and that most are Dalits.

Single women in India's villages bear the brunt of entrenched customs and superstitions, including a bias against girls from birth, limited education, early marriage and financial dependence on the husband or father.

For older women who are unmarried or those who have been abandoned by their husbands, ownership of land or property can mean the difference between life and death, said Lata Bandgar, a programme coordinator at Paryay.

"It's like they don't exist without a man. We have to prove their existence in the eyes of the government to even get them identification and basic benefits," said Bandgar, who was thrown out of her home after her husband left her years before.

"A piece of land to work on and a home to live in are their basic rights - it's tied to their identity, livelihood and status in the community. Without it they are nothing," she said.

A dangerous world
Maharashtra, one of India's most prosperous states, has seen some of the biggest battles for the rights of marginalised communities, including the Laxmi Mukti campaign of the early 1990s to transfer half the family's land to women.

Since then, however, efforts have lost momentum due to low levels of literacy and a lack of awareness.

About 41 per cent of households headed by women in India do not own land, and make a living through casual manual labour, according to the 2011 socio-economic and caste census. In Maharashtra, it is more than 45 per cent.

In Marathwada, many single women get duped into marriage or are trafficked as sex workers because they have no means of earning a livelihood, Bandgar said.

"From the moment she wakes up till the time she goes to sleep - and even after - a single woman in a village is subject to so much harassment, so much stigma and abuse," she said.

"They are treated worse than animals - even cattle live with greater security, greater comfort. It is a dangerous world for them. So if she can stake her claim to land or property, then she has some security. Without it, she has nothing," she said.

Social protection
A new draft policy for women unveiled in May acknowledges the challenges single women face, including in finding safe and affordable housing.

The policy aims to strengthen the social infrastructure for single women, as well as create a "comprehensive social protection mechanism" and improve their overall condition.

In Osmanabad, charities are helping single women to get government-issued identity cards that entitle them to subsidised food rations, to apply for bank loans, and to lay claim to property and land.

Last year, Paryay convinced the Osmanabad district council to set aside 2 million rupees for loans of up to 20,000 rupees a year for eligible single women to purchase poultry or goats.

"With this money, the women can stay in the village and make a living that is not dependent on farming alone," district council chief A.E. Rayate said.

"We would like them to be financially independent," he said.

That is also the aim of the gathering of single women who filled in application forms for loans from Paryay's self-help group.

"What are you crying for?" Nirja Bhatnagar, regional manager at ActionAid, which partners Paryay, asked Gungoo.

"Don't think that just because you don't have a husband, a father or a son, that you are worthless. You have to believe in yourself and move forward with the support of women like you."