'Termination clause in N-deal with Japan not binding on India' 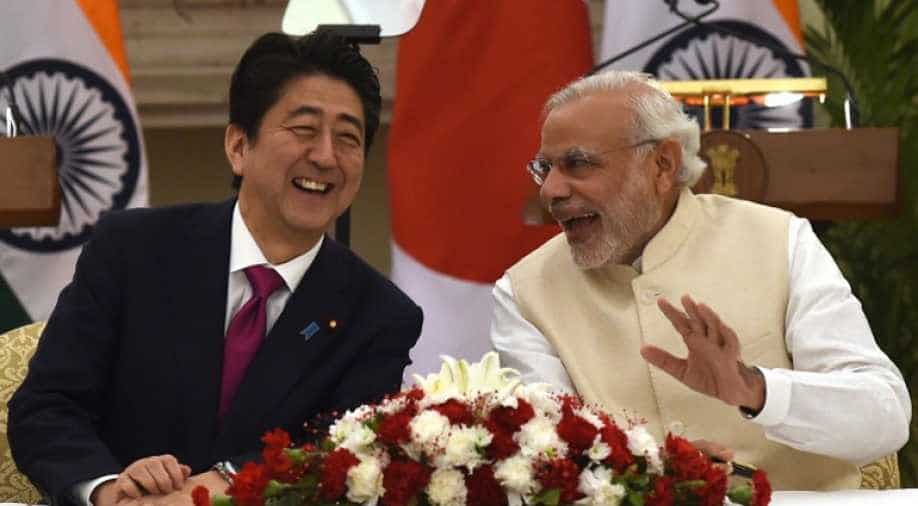 Japan has made a major exception by signing the atomic cooperation agreement with India, despite it being non-signatory to the Nuclear Non-Proliferation Treaty (NPT).? Photograph:( AFP )

The Indian government said that the "termination clause" in the just-signed civil nuclear deal with Japan is not binding on India. It simply records the "views" of the Japanese side considering its "special sensitivities", India said.

India has made "no additional commitments" over similar agreements signed with the US and other countries, the Indian government insisted.

The Nuclear Cooperation Agreement, signed in the presence of Indian Prime Minister Narendra Modi and his Japanese counterpart Shinzo Abe in Tokyo on Friday, talks about 'Views and Understanding' wherein the Japanese side has quoted India's September 2008 declaration of unilateral moratorium on atomic tests and said if this commitment is violated, the deal will terminate, PTI reported.

"The termination clause is there in other NCAs (nuclear cooperation agreements) we have signed, including with the US (Article 14). However, the circumstances triggering a possible termination are never sharply defined. Consideration also has to be given to mitigating factors," a source told PTI.

Given Japan's special sensitivities as the only nation to have suffered a nuclear attack, "it was felt that their views should be recorded in a separate Note. The Note is a record by the negotiators of respective views on certain issues", the source added.

"It states, on the one hand, what could be Japan's views in advance on what is a hypothetical situation; that is their national prerogative. At the same time it also records India's position on the same issue, which is a reiteration of the September 2008 commitments. No change is envisaged from those commitments and no, repeat no, additional commitments have been made by India," PTI reported the source as saying.

According to the source, the nuclear agreement with Japan "follows the same template (as the US) but compresses the developments which have taken place since 2007. It reflects commitments which were made at the time of the NSG waiver in 2008, many of which were unilateral in nature."

Japan has made an exception by signing the atomic cooperation agreement with India, given that it is a non-signatory to the Nuclear Non-Proliferation Treaty (NPT).

India's foreign secretary S Jaishankar called the deal strikingly similar to atomic agreements India inked with the US and most of the other countries, with provisions like 'termination' clause.

"This agreement is a legal framework that India will act responsibly in peaceful uses of nuclear energy and also in Non-Proliferation regime even though India is not a participant or signatory of NPT," Abe had said after signing the deal.