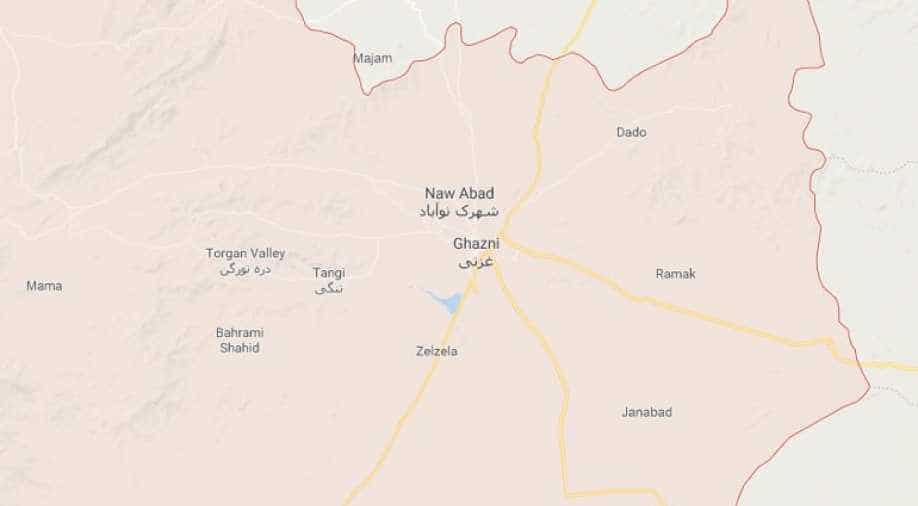 US attack helicopters and drone aircraft provided government forces with air support. But as smoke rose across the city and witnesses reported bodies lying in the streets, it was unclear how much of Ghazni was under government control.

Ghazni police chief General Farid Ahmad Mashal said the Taliban had seized several parts of the city, which has been under threat for months with heavy fighting in surrounding districts.

A statement from US military headquarters in Kabul said fighting had ceased by 8.00 a.m. (0330 GMT) and Afghan forces had held their ground and maintained control of all government centres.

"US forces responded with close-air support (US attack helicopters) and conducted one strike (drone). In addition, US aircraft conducted a show of presence," Lt Col. Martin O'Donnell, spokesman for US Forces-Afghanistan said in an emailed statement.

However the attack on a strategic city straddling the main route between the capital Kabul and southern Afghanistan demonstrated the Taliban's strength just days before a possible ceasefire during this month's Eid al-Adha holiday.

Officials said clashes between security forces and the Taliban started at around 2.00 am, forcing the closure of the main highway linking Ghazni to the capital Kabul, 150 kilometres (95 miles) to the northeast.

"The Taliban are dropping missiles near residential and commercial areas. There has not been a single minute of silence for the last eight hours," said a senior government official in Ghazni early on Friday.

As helicopters circled overhead, a second government official said it was too dangerous for people to leave their homes and he had no immediate details on casualties.

"It is not possible to get out of our homes to help the injured or collect bodies," he said.

Taliban spokesman Zabihullah Mujahid issued a statement saying multiple attacks were launched overnight in Ghazni. Dozens of Afghan soldiers and police had been killed and large quantities of weapons and equipment had been seized, he said.

"This is yet another failed Taliban attempt to seize terrain, which will result in yet another eye-catching, but strategically inconsequential headline," he said.

The attack came amid growing hopes of talks to end 17 years of war in Afghanistan and less than two weeks before the Eid al-Adha festival, when the Western-backed government in Kabul had been considering offering a ceasefire.

In June, a three-day truce over the Eid al-Fitr holiday brought unprecedented scenes of unarmedTaliban fighters mingling with security forces in Kabul and other cities, offering a glimpse of peace and fuelling hopes of negotiations to end the war.

The Taliban have so far failed to take and hold any provincial centre since they overran the northern city of Kunduz in 2015 before being driven off with the support of U.S. air strikes and Special Forces units.

They came close to repeating the feat in 2016, and in May this year they nearly overran the western city of Farah before being beaten back with the aid of US forces.

Taliban militants and insurgents belonging to the other groups have been active in Ghazni province, and Taliban fighters captured a district there and killed its governor in April.

The attack on Ghazni underscored how volatile the security situation across Afghanistan remains less than three months before parliamentary elections in October.