Suspected militant blows herself up during hours-long anti-terror raid 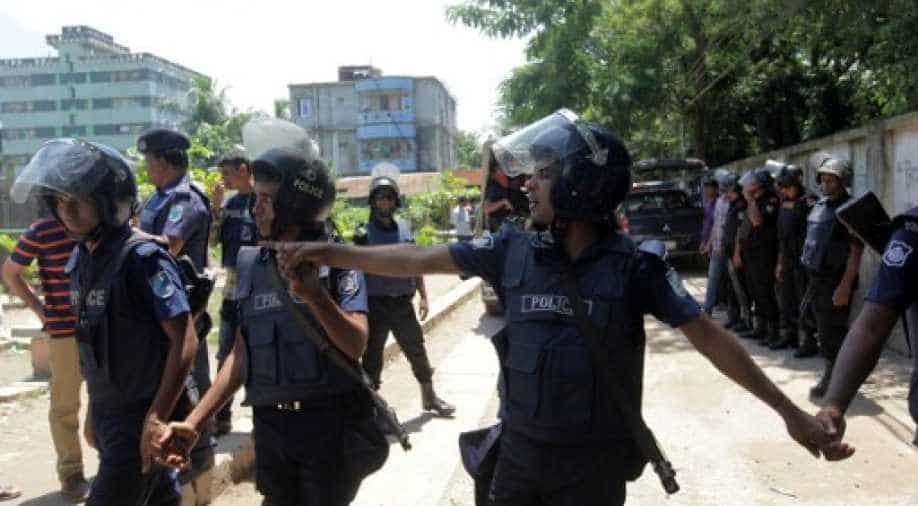 The raid started at 2 am and ended well after 13 hours. (Representative image) Photograph:( AFP )

Bangladesh's counter-terrorism squad launched more than an 13-hour-long raid on Saturday to flush out seven suspected militants, with some of them believed to be members of the dreaded Islamist organisation Jamaat-ul-Mujahideen Bangladesh (JMB).

Bangladesh's home minister Asaduzzaman Khan Kamal told the media at the scene that a woman and a teenage boy had blown themselves up while the operation was on.

The two died in the suicide blast and one of the girls received splinter injuries. She has been admitted to a hospital, according to Bangladesh news agency bdnews24.com.

Bangladesh's Counter Terrorsim and Transnational Crime (CTTC) said they laid siege to a three-storey building in a Dhaka neighbourhood around 2 am, Bangladeshi newspaper The Dhaka Tribune reported.

"We acted on a tip off and cordoned off the building since early Saturday," Sanowar Hossain, additional deputy commissioner of CTTC, said.

Hossain believed one of the seven militants was a key JMB commander, though he said he could not confirm his identity.

At 10.25 am, the anti-terror squad said four of the suspected militants -- two women and two girls -- surrendered and were then taken by the forces for interrogation.

A little over two hours later, a burqa-clad woman came out of the building shouting, "We will go to jannat (heaven). We have no fascination for the world", before blowing herself up. Three people were injured in that explosion, CTTC said.