Supporters march in Myanmar, call for release of jailed Reuters journalists ahead of verdict 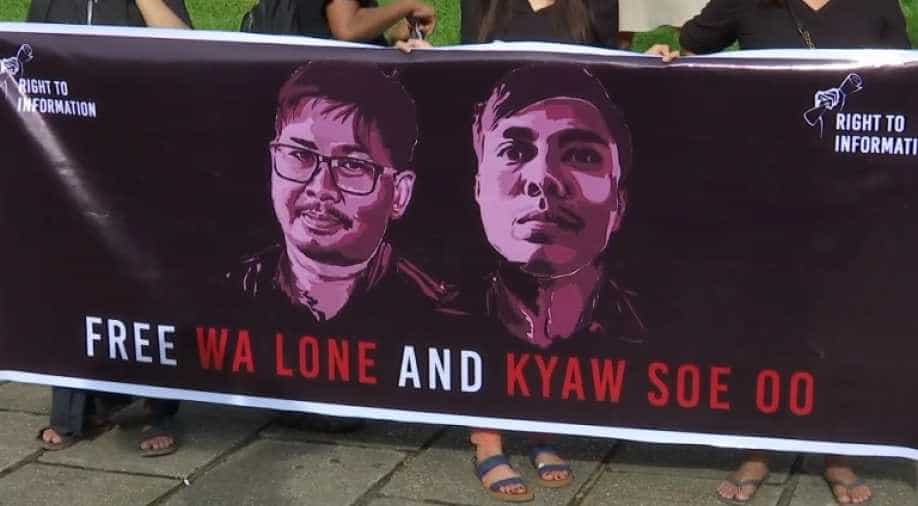 Dozens of journalists and activists marched in the capital Yangon on Saturday (September 1) calling for the release of Reuters' journalists Wa Lone and Kyaw Soe Oo ahead of a court verdict, where the pair is facing charges of violating the Official Secrets Act.

The verdict in Myanmar's prosecution of two Reuters reporters accused of breaching the Official Secrets Act was postponed on Monday (August 27) until September 3 because the judge overseeing the case is sick, a court official said last week.

Demonstrators dressed in black and white t-shirts printed with the faces of Wa Lone and Kyaw Soe Oo held posters of the two, calling for their immediate release and for 'the truth' in journalism to be upheld.

The Reuters reporters are accused of breaching the colonial-era Official Secrets Act, which carries a maximum sentence of 14 years in prison, by collecting documents relating to the country's security forces.

They told the court during their trial that two police officials handed them the papers at a north Yangon restaurant moments before they were arrested last December.