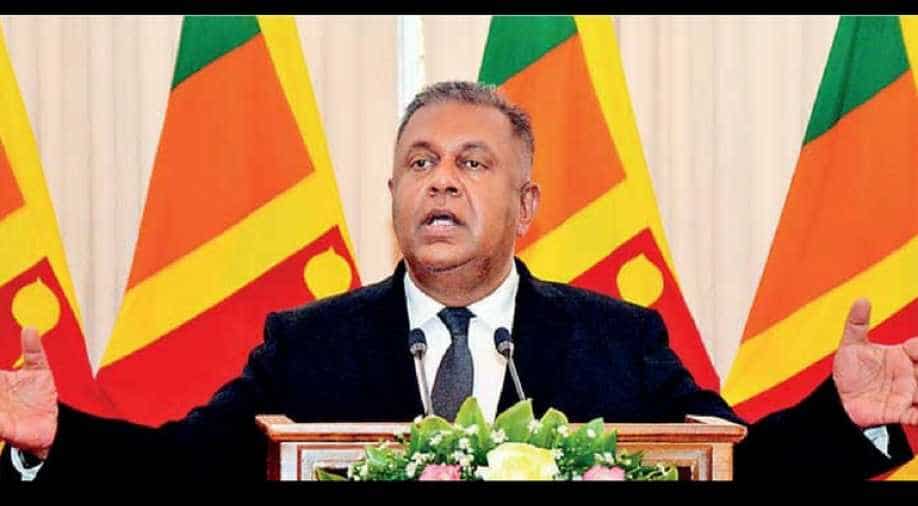 Sri Lanka is headed for a debt crisis, the finance ministry warned Sunday, blaming a series of costly projects commissioned by the previous government for record-high repayments.

"The crisis will further worsen next year," Samaraweera said in a statement, adding repayments are expected to soar to $4.28 in 2019.

"Repayments will go to pay the debts that were obtained during the Rajapakse regime for the waste, fraud and corruption committed by the oligarchies of the Rajapakses," he added.

Foreign reserves totalled $9.9 billion at the end of April, the central bank says.

Officials say Rajapakse relied heavily on China to finance his grand infrastructure projects but many ended up becoming a burden on Sri Lanka's $87 billion economy.

The government which ousted Rajapakse in 2015 was forced to lease to China a loss-making port commissioned by and named after the strongman leader in his home constituency of Hambantota in the south.

An international airport built in Rajapakse's name met the same fate, with revenue insufficient to meet the salary bill.

Only one airline operates out of Rajapakse International and attempts to privatise the airport have not progressed.

Sri Lanka is currently drawing down a three-year $1.5 billion bailout package negotiated with the International Monetary Fund in June 2016 after facing a balance of payments crisis.

The government sharply raised domestic fuel prices earlier this month following pressure from the IMF and its central bank to reduce the burden of heavy subsidies on its struggling economy.

The IMF has said it will only release the next tranche of its bailout if the country adjusts fuel prices based on the cost of production.

The economy has been on the mend since the IMF bailout was approved but the 3.1 per cent growth figure for 2017 was slower than expected.

18 killed, 57 injured in a suicide bombing at Afghanistan's education Centre