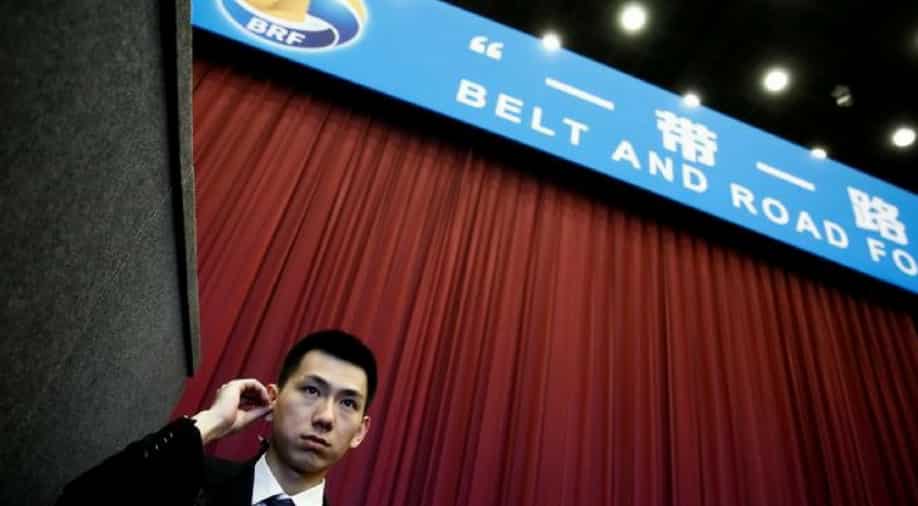 A security guard stands at the entrance to the opening ceremony of the Belt and Road Forum in Beijing, China, May 14, 2017. Photograph:( Reuters )

A Communist Party on Friday said that Sri Lanka is a partner in China's ambitious One Belt One Road initiative.

This multi-billion initiative of Chinese President Xi Jinping focuses on improving connectivity and cooperation among Asian countries, Africa, and Europe.

Wickremesinghe is the main negotiator of the Sri Lankan government's trade links with China.

The Chinese delegation assured Wickremesinghe of all assistance to make Sri Lanka a commercial and financial hub in South Asia, the statement said.

The prime minister has faced internal criticism for his furtherance of the Chinese projects including the construction of the port city in Colombo and the industrial park around the seaport in Hambantota.

Both were Chinese infrastructure projects funded under commercial loans during the 10-year rule of former president Mahinda Rajapaksa.

Last year in December, Sri Lanka Handed over the control of the southern seaport of Hambantota to China on a 99-year lease, focusing on the concern over Beijing's efforts to expand influence in the region.

The opposition has set the deals as the sell out of national assets.