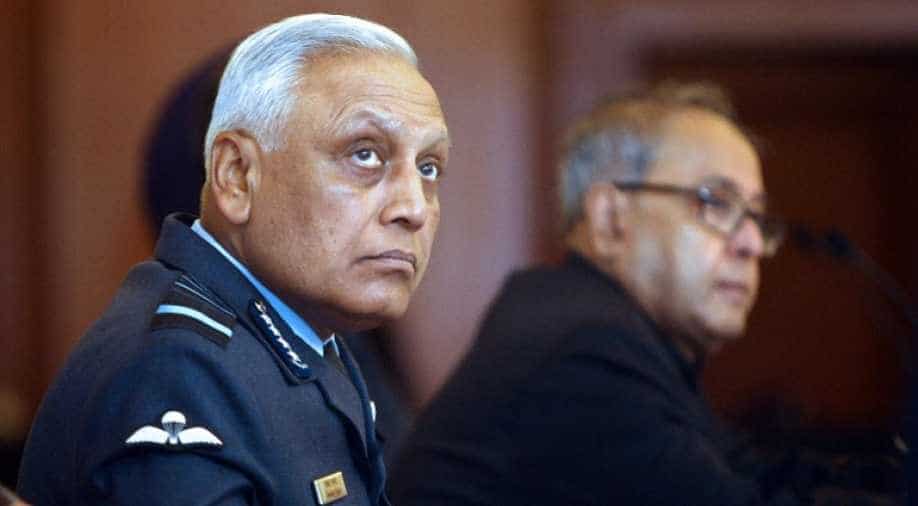 'This is for first time a former IAF chief has been arrested by the central probe agency,' official sources said. Photograph:( AFP )

Former Indian air force chief S P Tyagi, arrested for his alleged involvement in the multi-crore AugustaWestland helicopter scam, will be produced in court on Saturday.

"This is for first time a former IAF chief has been arrested by the central probe agency," official sources said.

In 2014, India had scrapped a contract with Italian aerospace company Finmeccanica's British subsidiary AgustaWestland for supplying 12 AW-101 VVIP choppers to the Indian Air Force on grounds of alleged breach of contractual obligations and charges of paying kickbacks of Rs 423 crore for securing the deal.

CBI spokesperson Devpreet Singh in a statement last evening, said, "It was alleged that Chief of Air Staff entered into criminal conspiracy with other accused persons."

Singh also added that the retired former chief reduced service ceiling of VVIP Helicopters to 4500 meters changing the air force's consistent stand. Such changes in Operational Requirements made the private company based at the UK (AgustaWestland), eligible to participate in the Request for Proposal for VVIP Helicopters, Singh said, ANI news agency reported.

Tyagi, who retired in 2007, has been questioned by the CBI extensively in the past.