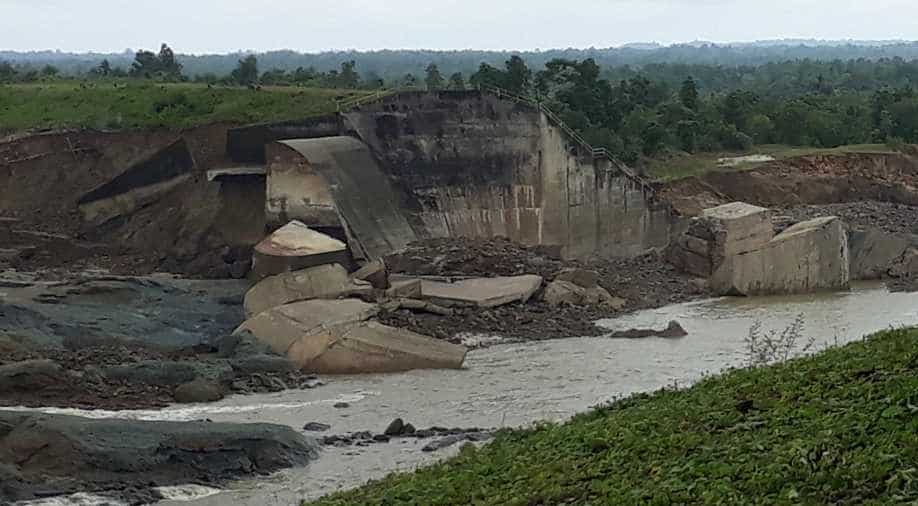 Rescuers on boats tackled heavy muddy waters in central Myanmar on Thursday to reach thousands stranded after a dam overflowed, sending a torrent of water in about 85 villages.

As per reports, no casualties have been reported yet and about 63,000 people in Bago, Myanmar, have been affected after the Swar Chaung dam overflowed.

AFP reporters traveling with a rescue boat described how some people waded out through chest-deep water to get to higher ground while others crammed onto trucks and tractors to reach safety.

Many others remained trapped in their half-submerged homes as soldiers, police, firefighters and volunteers worked into the night to try to ferry residents out.

The damn, which controls the over 25,000 cubic meters of water, was broken due to seasonal rainfall.

By Thursday morning the water was receding, but two people remained missing and were feared to have been washed away, said Min Thu, deputy administrator of Yedashe.

"People whose villages are on higher ground are preparing to go back to their villages," he told Reuters.