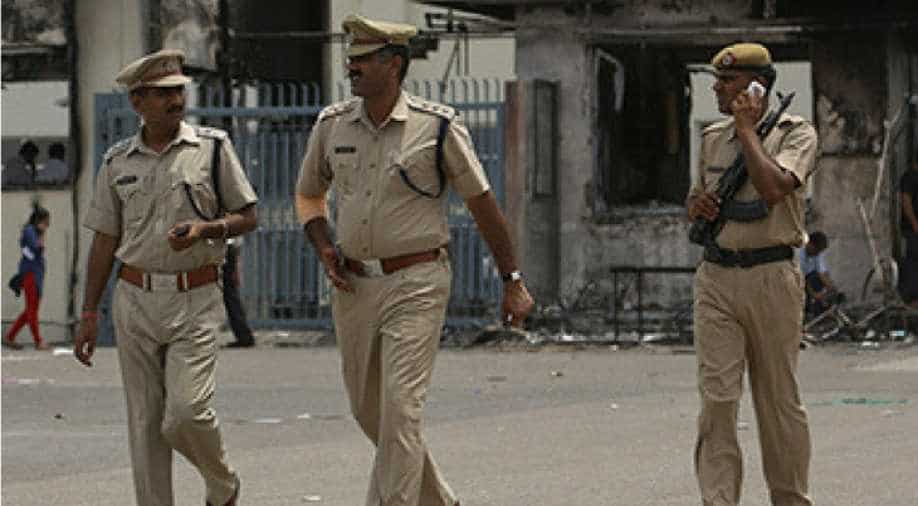 As on Saturday, a total of eight cases had been registered and SIT has also been formed to probe the cases where a school bus was attacked and another bus was torched. Photograph:( Reuters )

Persistent heavy rain have caused widespread disruption in India's major cities and severe floods in the rugged northeast have killed at least 12, the government said on Friday.

About 50,000 from southern and eastern India had to be evacuated as storms pushed water levels to dangerous levels, damaging crops and causing more than 3,000 houses to collapse.

Flooding, an annual problem during the monsoon season, has been worsened by crumbling civic infrastructure, clogged drains and uncontrolled urban expansion in a country with a fast-growing population of 1.3 billion.

The rains triggered waterlogging and led to massive traffic jams in the city of Gurugram near capital New Delhi.

Deputy police commissioner of Gurugram, T L Satyaprakash, had imposed prohibitory orders preventing gatherings of more than five near Hero Honda Chowk to ease the congestion as thousands of commuters were left stranded on the Gurgaon-Delhi Expressway and the National Highway-8 due to traffic jam.

People vented their anger on social media after being stranded for up to 12 hours as traffic gridlock paralysed roads in the business hub of Gurugram near New Delhi. Trains were also delayed.

"It took me four hours to drive 6 km (4 miles)," said Randeep Dev, a consultant at a private bank in New Delhi. "Our cities are a living hell in the monsoon."

The city police said they have made detailed plans to avert a similar situation in the future.

According to sources, the police force has been deployed in full strength 24*7 at 14 crucial points, mainly on the NH8 and NH-248A.

"At each point, inspector rank officer have been deployed along with police personnel as per requirement of each spot," said the source.

Tracts of the southern technology hub of Bengaluru and the financial capital of Mumbai on the west coast were inundated by flood waters and sewage swirled in the streets.

Fire officials in Bengaluru used boats to rescue people stranded near Electronics City which is home to technology firms and multinationals such as Infosys.

Forecasters warned of a new round of heavy rains and flooding, as the government opened shelters and stepped up emergency rescue operations.