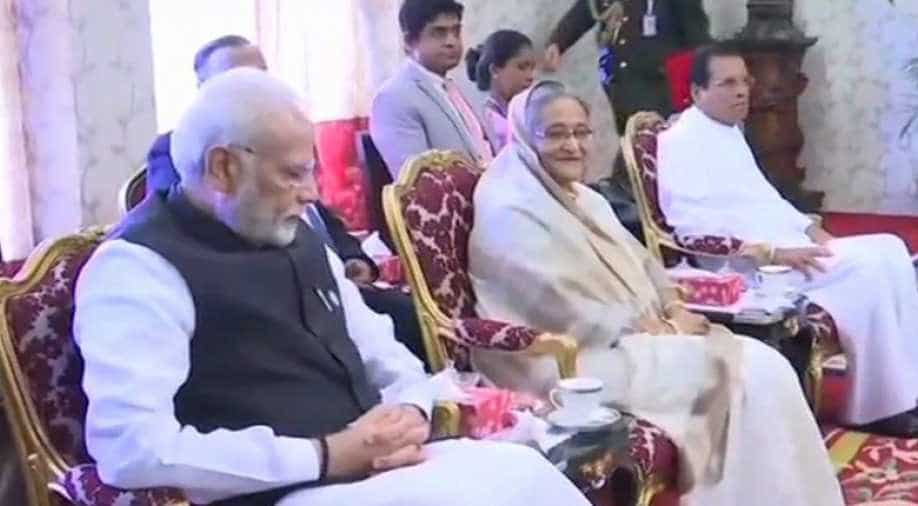 The Indian prime minister was accorded the guard of honour at Kathmandu after his arrival on Thursday morning.

The Indian prime minister was accorded the guard of honour at Kathmandu after his arrival on Thursday morning.

BIMSTEC, which had officially come into being in 2004 with the inclusion of Myanmar, Nepal and Bhutan strives to boost technological and economic cooperation among countries along the Bay of Bengal.

In a statement before leaving for Nepal, PM Modi said he will interact with the leaders of Bangladesh, Bhutan, Myanmar, Sri Lanka and Thailand on the margins of the summit. This is PM Modi's second visit to Nepal this year.

"I also look forward to meeting Prime Minister of Nepal K P Sharma Oli and reviewing the progress we have made in our bilateral ties since my last visit to Nepal in May 2018," the Indian prime minister said.

PM Modi also added that he and Nepal PM Oli will inaugurate the Nepal Bharat Maitri Dharmashala at the Pashupatinath temple complex.

PM Modi said he will interact with all the leaders of BIMSTEC "to further enrich our regional cooperation, enhance our trade ties and advance our collective efforts to build a peaceful and prosperous Bay of Bengal region".

"My participation in the summit symbolises India's highest priority to our neighbourhood and our strong commitment to continue deepening our relationship with the extended neighbourhood in South-East Asia," he said.

The grouping accounts for 22 per cent of the global population, and has a combined gross domestic product of $2.8 trillion. The first BIMSTEC summit was held in Thailand in 1997, second in 2008 in India and third in 2014 in Myanmar. Nepal has been chairman of BIMSTEC since 2014.