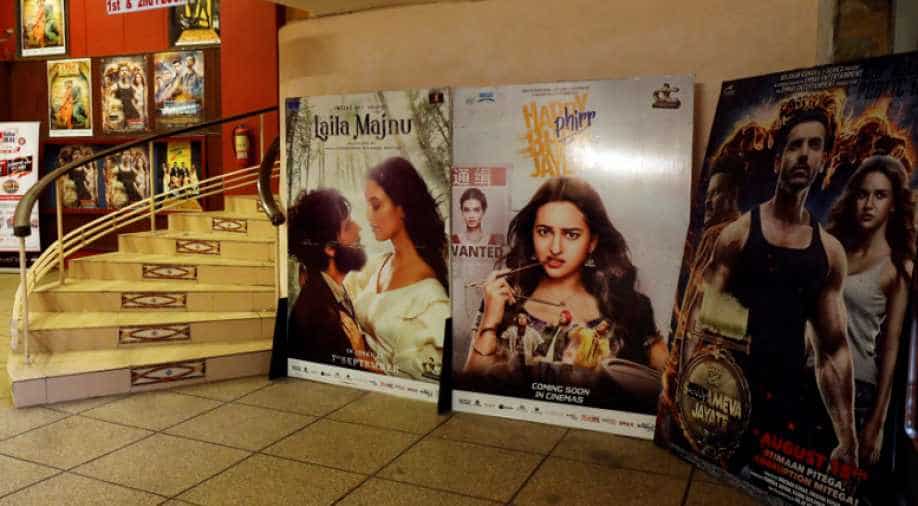 Film posters at a movie theatre in Karachi, Pakistan on August 30. Photograph:( Reuters )

"If any vulgar billboard is found at any cinema in Punjab after three days, there will be a fine in first place, and if any one didn't comply, that cinema will be shut down," Chohan told a public meeting in the eastern city of Lahore.

Chohan who is the Punjab information and culture minister asked: "Is there any humanity that you print half-naked women and put them on big billboards?"

Soon after taking over as minister for information and culture, Chohan had allegedly used derogatory language against a staff member of a local TV channel during an interview.

Chohan was re-elected as a PTI candidate in the Punjab provincial assembly after his victory in the July 25 general elections in which PM Imran Khan's PTI emerged as the single largest party in the Pakistan National Assembly.

Myanmar: At least 5 dead after military truck drives into protestors