Plane skids off runway at Goa, does 360-degree turn 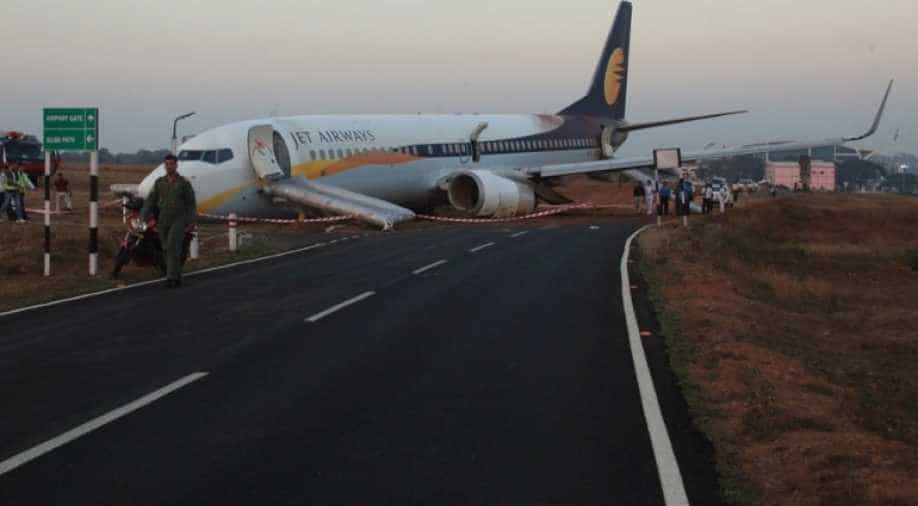 A Jet Airways flight skidded off the runway at Goa's Dabolim airport early Tuesday morning and did a 360-degree turn.

"Lights started blinking and suddenly we see fire and everybody getting up to run for life. luckily it happened on the ground," ANI reported a passenger as saying.

Emergency slides had to be used to get the passengers out.

Fifteen passengers suffered injuries, officials said. ANI reported that they were being taken to hospital.

"All guests and crew have been safely evacuated. Few guests have sustained injuries during the evacuation process," Jet Airways said in a statement.

There were a total of 154 passengers and seven crew members on board the plane which was scheduled to fly from Goa to Mumbai.

The plane had been lining up for take off when it skidded off the runway. 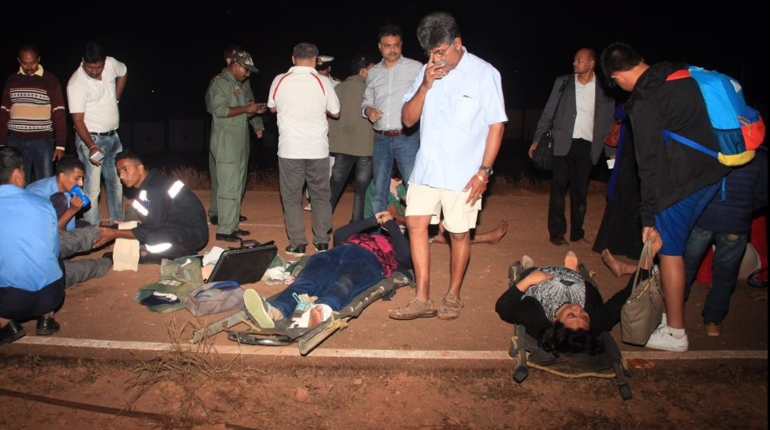 Injured passengers of flight 9W 2374 are given medical treatment. (Twitter) 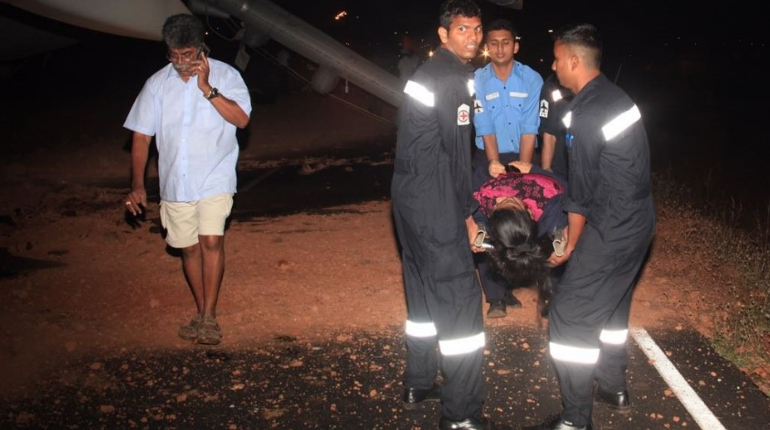 An injured passenger is carried out. (Source: ANI) (Twitter) 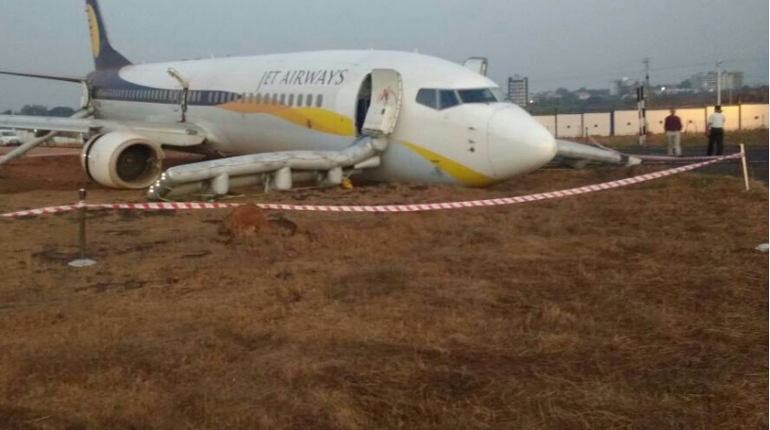 Emergency slides were used to get passengers out of the plane. (Source: ANI) (Twitter)

"We regret to inform flight 9W 2374 from GOI – BOM, with 154 guests and 7 crew, veered off the runway while aligning for takeoff," Jet Airways said in its statement after the accident.

ANI reported that the Aircraft Accident Investigation Bureau will investigate the accident.

Airport operations at Dabolim have now resumed; they were closed till 9 am.